Hanu Raghavapudi's Sita Ramam, with Dulquer Salmaan, is a gorgeous big-screen romance that could have used more edge, more depth 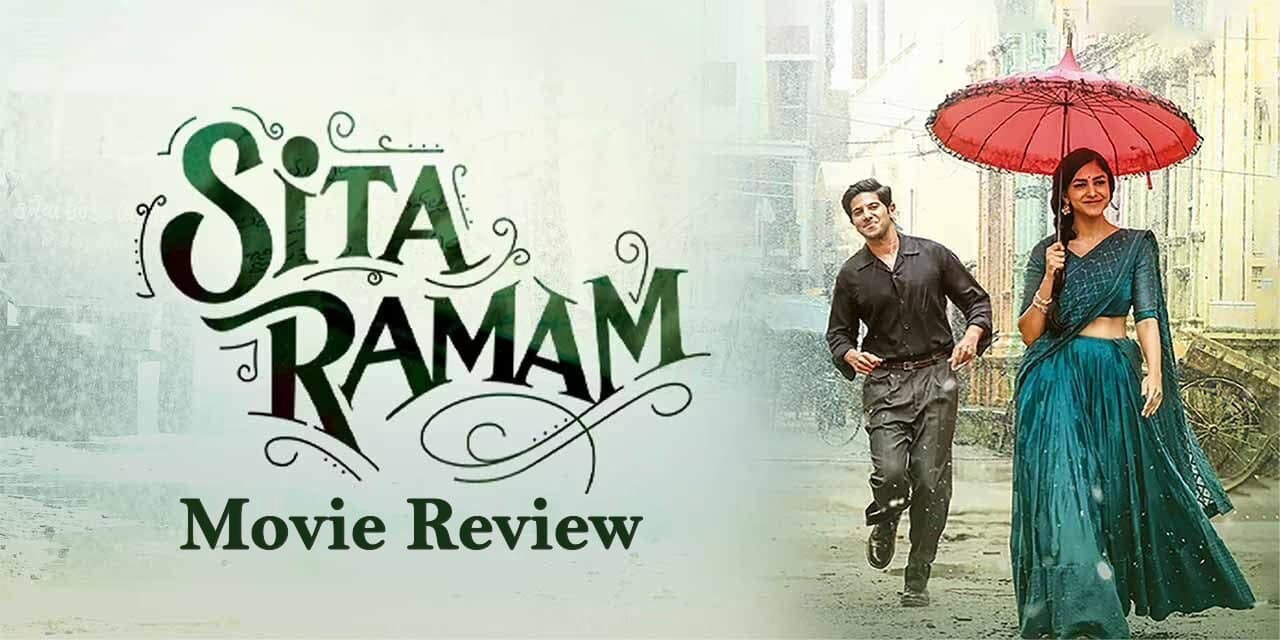 Dulquer Salmaan should get more films which have him in an unshaven, unkempt look. That's one of the thoughts I had while watching Hanu Raghavapudi's Sita Ramam. The actor is his usual smart, charming self, but towards the end, with a beard and with messed-up hair, we seem to be looking at a whole new performer, revealing whole new dimensions of pain. He plays Lieutenant Ram, who is in the Indian Army, and we have to wait a while for our first glimpse of him. Until then, we get the film's premise. The Pakistan Army and the Mujahideen are setting out to  break the unity of Muslims and Hindus in Kashmir. This portion is set in the 1960s, and we keep switching to the 1980s, where Rashmika Mandanna, a fiercely patriotic Pakistani, is entrusted with a mission involving Lieutenant Ram.

Against the backdrop of war, Ram falls for the mysterious Sita, played by a radiant Mrunal Thakur. Or rather, Sita falls for Ram. The really swoony part is that neither of them has laid eyes on each other. Sita Ramam reminded me of a number of older films. Like Roman Holiday. Like The English Patient. Like the excellent Portuguese drama Letters from War, where a young soldier writes extraordinarily poetic letters to his wife. I am a sucker for complex romances, and Sita Ramam is just what the doctor ordered – especially on the big screen. It's not just the work of cinematographers PS Vinod and Shreyaas Krishna. The gorgeous visuals seem written into the screenplay itself – like the coloured footprints or the stained glass windows or the butterflies or even the breathtaking props and costumes. Every frame is a painting.

This is both a plus and a minus. After a point, the non-stop beauty of the visuals – and the effort to write scenes that contain such beauty – begins to suffocate the romance. The poetic quality begins to feel strained. It's certainly charming, but it plays mostly on the surface, without much edge or depth. The film's best scene involves a sex worker, and the casual bite in the dialogues in that stretch left me stunned. I would havesome of this bite in the romance, too. Given the ending, "light and breezy and charming" isn't enough. There needed to be more pain, more intensity in the emotions. But the last stretch works very well, and packs a wallop. Sita Ramam should have been much better, but why complain too much about something that is such therapy for the eyes.

Dulquer Salmaan shares some deets about Prabhas' Project K - see what he had to say!

Watch the interesting teaser of Dulquer Salmaan's next with Rashmika Mandanna!