'Victim', now on SonyLiv, is another mediocre anthology, with only Pa Ranjith's short standing out 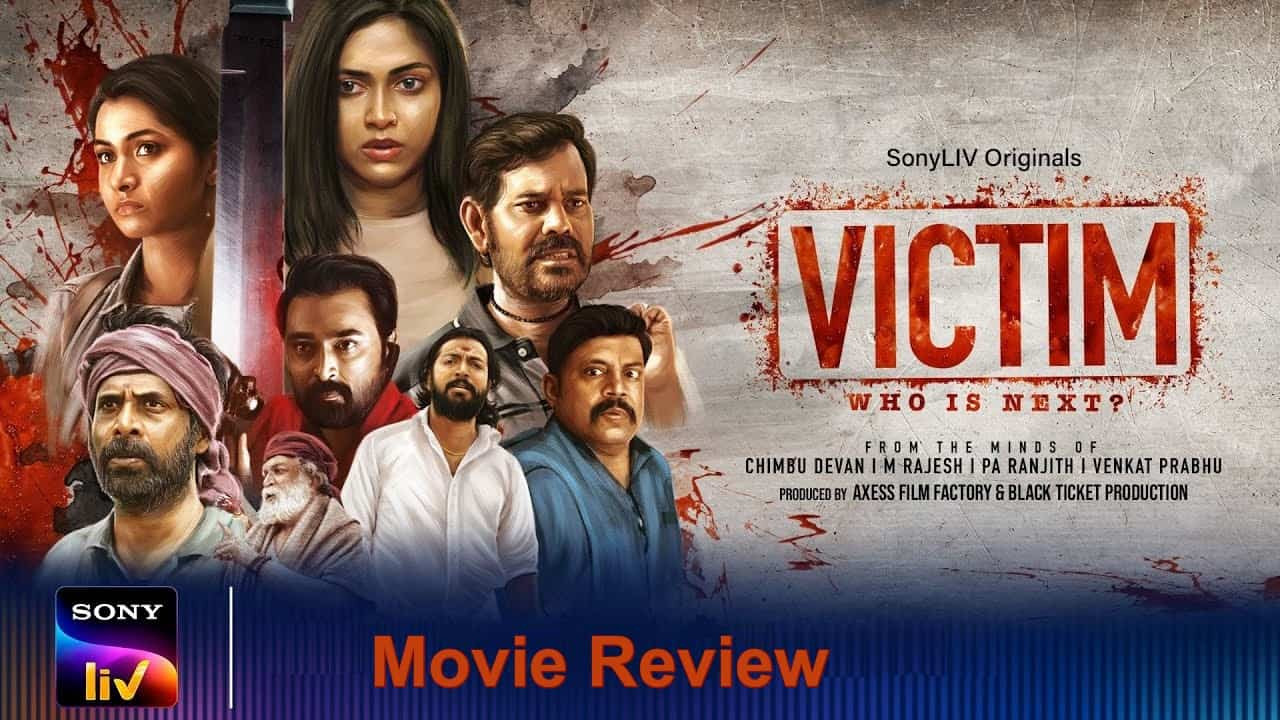 Someone needs to analyse why we just can't seem to get anthologies right, but let me offer a theory based on the directors of Victim. There are four shorts, and they have been made – in order – by Pa. Ranjith, M Rajesh, Chimbu Devan, and Venkat Prabhu. What an odd mix! Even if their tonalities and concerns are different, shouldn't they at least possess the same level of directorial skill? Only Ranjith and Venkat Prabhu's shorts show that they have been made by a "director", and can be called "cinema". The other two play like skits. M Rajesh's terribly written Mirrage has Priya Bhavani Shankar and Natarajan in a haunted house. The attempt is to make a psycho-horror story but there is no horror and very little story. What it has is a big, fat message at the end, which, frankly, seems insulting – because it implies that people with medical conditions are "victims".

The best part of Chimbu Devan's short is its title: Kottai Paaku Vathalayum Mottai Maadi Sitharum! Alas, the film doesn't live up to the eccentricity of the title. Thambi Ramaiah plays a journalist looking for a story, and he finds a holy man played by Nasser. They speak about how the pandemic reduced pollution levels and how newer generations are not fluent in Tamil. Not one bit is interesting, and the twists at the end are so contrived that they’re painful to watch. The final short, named Confession, is "A Venkat Prabhu Call". It's a not-bad genre piece, involving adultery and a hitman. Amala Paul and Prasanna play the main characters. We get some oddly intimate moments – like a woman urinating – that add little to the proceedings, but at least we get a character to care about. As Amala Paul unravels, we get a glimpse of the insecurities we hide behind our calm and composed and confident outer selves.

She is good. Venkat Prabhu's tight and atmospheric direction is good. Premgi Amaren's score is good. It's all a bit derivative of Hollywood, but it's nice to see a husband and wife being intimate on the phone. It's nice to see an assassin wrestle with morality, and perhaps even being amused and turned on by the power he wields over his "victim". Now, on to the very first short, directed by Pa Ranjith. Only this film really plays with the theme of victimhood, in a story with Guru Somasundaram and Kalaiarasan. Who is the "victim" in this story of a farmer whose daughter we see in a school uniform – those who have been traditionally oppressed or those who refuse to change and adapt? The educated girl – who could represent a new generation – is free-spirited and bold in a way her father isn't. "Adangu", he keeps telling her. Behave yourself. Bow down to the world around you, so you are not noticed and will be left in peace. Instead of bowing down, she climbs on top of a statue of the Buddha and stretches out her hands, as though ready to take flight into a brave new world.

The short is titled Dhammam, instead of Dharmam. That's the Buddhist way and it's in the Pali language: as in "Dhammam Sharanam Gachchami". It means taking refuge in the Dharma as taught by the Buddha. And the film is clearly about following that Dharmic path, whether it is the final image or the decision – midway through the story – to help someone who has hurt you, instead of leaving him and running away. Ranjith has become a calmer filmmaker. He spends a lot of time, at first, with the farmer and the daughter, establishing their world. Even the water source and the fish she tries to catch may be symbols from Buddhism – embodying an "ideal world" that will soon be shattered. And all because the girl refuses to yield to the orders of a man from a dominant caste. Because she doesn't know or care about the meaning of "adangu".

What follows after that idyllic father-daughter start is a superbly shot, superbly choreographed  stretch of violence that asks a basic question: Would you rather save the life of one of your own, or leave him to die as you chase the "enemy"? It is a very simple story, almost like a Jataka Tale. And it carries a very simple message that isn't just shoved in at the end, but is present throughout. Guru Somasundaram gives a panicked, physical performance like he never has earlier – and there are God's Eye View shots throughout, as though Someone is watching over us all the time and will ensure that dhammam will prevail. By the end, the girl's school uniform may have gotten dirty with all the mud and all the fighting, but her soul remains pure.

Deepika Padukone to play this challenging role in Mahabharata adaptation! Deets inside...