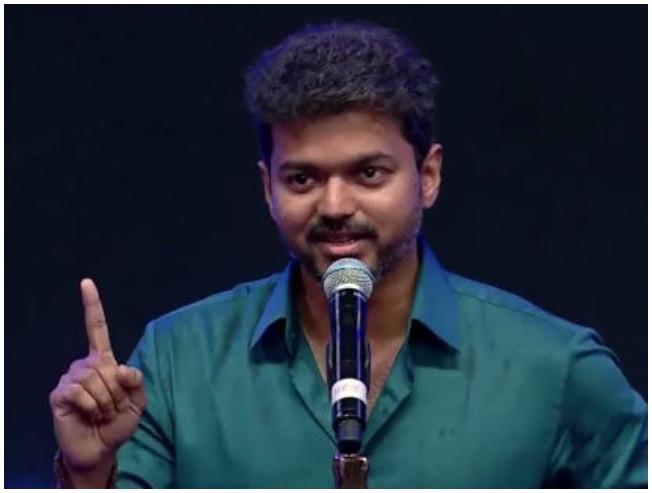 A superstar in south India and one of the biggest stars in Indian cinema, ‘Thalapathy’ Vijay enjoys a massive fan following and has been a highly admired actor in Tamil Nadu for nearly three decades now.

Vijay happens to be a good luck charm for his producers and directors having delivered several huge blockbusters over the course of his illustrious and glorious career including his previous, Sarkar, released last year. As of now, the adored star is working in the upcoming sports drama, Thalapathy 63, under Atlee’s direction, announced to hit screens in October as a Diwali release. 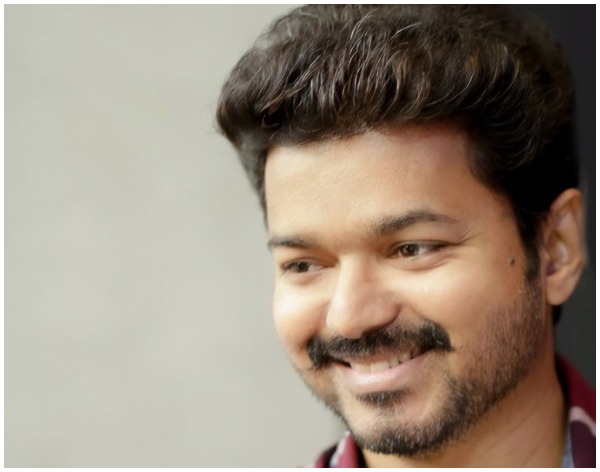 Meanwhile, popular Tamil comedian Karunakaran got involved in a big controversy last year when he went up against Vijay’s fans and the actor in a series of tweets on his Twitter page. 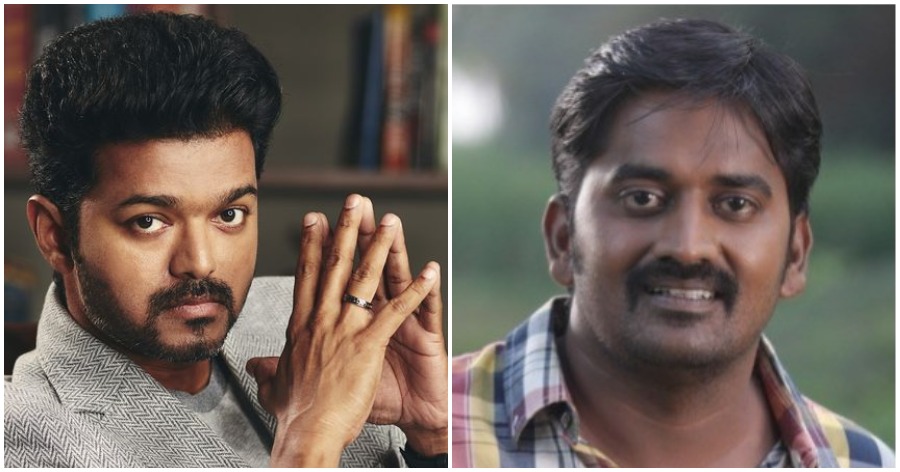 The issue gained further steam after the Sarkar audio launched when Karunakaran went on to declare saying, "the only reason I started ating Vijay sir is his abusive fake troll IDS." 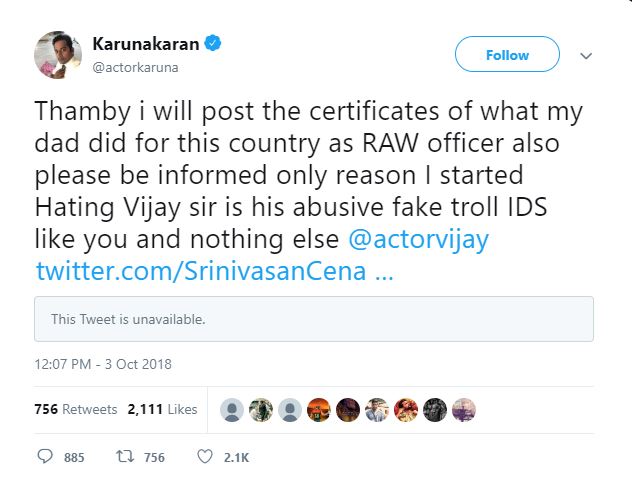 That said, Karunakaran has now issued a heartfelt apology to Vijay saying he doesn’t hate anybody while adding he feels sorry for using the word "hate". He went on to also state that Vijay is one of his favourite stars and the actor too knows about he feels before once again asserting how much he feels sorry for his words earlier on social media. 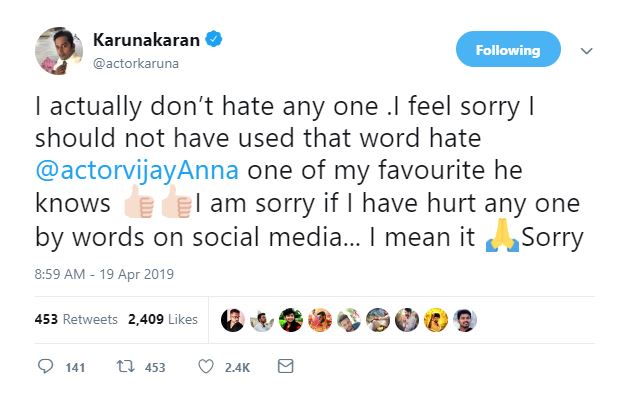