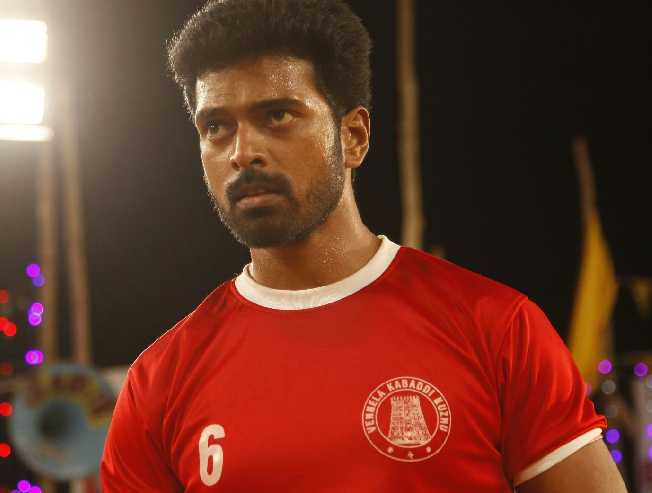 The theme of Vennila Kabaddi Kuzhu 2 is not fresh or novel as it is about a hero trying to make his father proud by becoming a successful Kabaddi player. But sadly the plot deviates a lot from the core premise which questions the intention behind hero’s search for success. The love track is annoyingly boring and spoils the overall experience. The first edition of VKK had a solid plot and some fun Kabaddi scenes. This part hardly has any Kabaddi scenes.

Even the Kabaddi scenes shown during the flag end of the film could have been shot better. The director seems to have divided his film into two parts – the first half delving on romance which doesn’t work in his favour and the second half on a pursuit of the hero’s mission which wasn’t established clearly. The plot had the potential to be woven into an interesting tale, had only the director made an attempt to impart some airtight packaging in the content with a better love track.

VKK very slowly unravels, takes various detours in its path, the scenes and dialogues get soggy (especially in the first half) and the concept flounders. The connection of the audience with the characters does not happen and the amateurish performance of most of the artists further adds up to this factor. The romance that blossoms between the lead pair and the premise looked like child’s play. Unfortunately, there is no zing in their love and the duo appears very casual about the whole thing.

The songs in the second half are forced and are a misfit. Selvaganesh’s re-recording enhances the mood. There is nothing much to write about the technical aspects of the film. The second half sequences involving the Kabaddi players, the way they trained and how they get their team back to shape are juvenile.

It’s more like tarnishing the character we loved 10 years back. Although VKK does not engage the audience completely and lacks in a taut narration, the film brings the performer in Pasupathy back, if there is some take away in the film it is his scenes that comes during the flashback. Vikranth who has been waiting long for a breakthrough might have to wait a little longer to taste success. Though he sincerely tries to deliver the goods but his best is yet to come.

Arthana Binu looks every bit like the typical middle class girl and is quite affable. She plays a confused young girl who finds it hard to choose between her father and boyfriend. They have managed to retain most of members from Venilla Kabbadi Kuzhu including couch Kishore, who have all failed to make a mark. Most of the sequences have a drama like feel about them.