Aftet the success of Vennila Kabaddi Kuzhu in 2009, director Suseenthiran had the idea for the sequel of the movie with the story moving forward after the death of their captain portrayed by Vishnu. The movie was later put on hold for a brief time due to various reasons. In 2016, Vennila Kabaddi Kuzhu 2 started to take shape and it was announced that the sequel written by Suseenthiran will be directed by debutant Selvashekaran.

VKK 2 features Vikranth and debutant Arthana Binu in the lead roles with an ensemble cast including Pasupathy, Kishore, Anupama Kumar, Soori, Appukutty and Ganja Karuppu playing pivotal roles. The film has music composed by V. Selvaganesh and is produced by A. Poongavanam and N. Ananth under the banner Saai Arputham Cinemas. 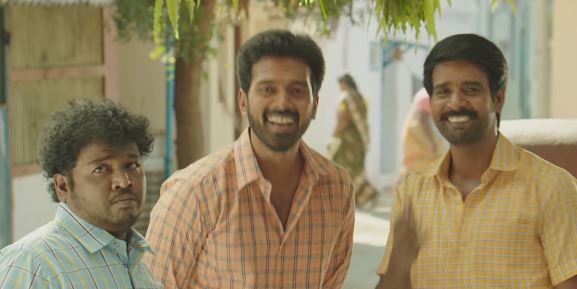 Vennila Kabaddi Kuzhu 2 is at the final stages of production and the team has released a song teaser from the movie. The song titled Thiruvizha is sung by the music sensation Anirudh and Kalpana with lyrics from Kabilan. To make it interesting,  the promo has bloopers from the movie. The full will be out this Friday (May 17th)

Here is the song teaser from VKK 2,