One of the busiest stars in Tamil cinema at present, comedian Yogi Babu is attached to almost every film that is in development including biggies namely Thalapathy 63 with Vijay, Rajinikanth’s Darbar, Sivakarthikeyan’s Mr. Local, Jiiva’s Gorilla, Jayam Ravi’s Comali while also starring as the lead in upcoming projects such as Dharmaprabhu, Gurkha, Zombie, Panni Kutty and a few other ventures as well.

Likewise, comedian turned hero Santhanam, who recently tasted success with his Dhilluku Dhuddu 2, also has his hands full with a line of films that include A1 that is in its post-production stages followed by Server Sundaram awaiting its release and, Oodi Oodi Uzhaikanum and Mannavan Vanthanadi put on hold as of now. 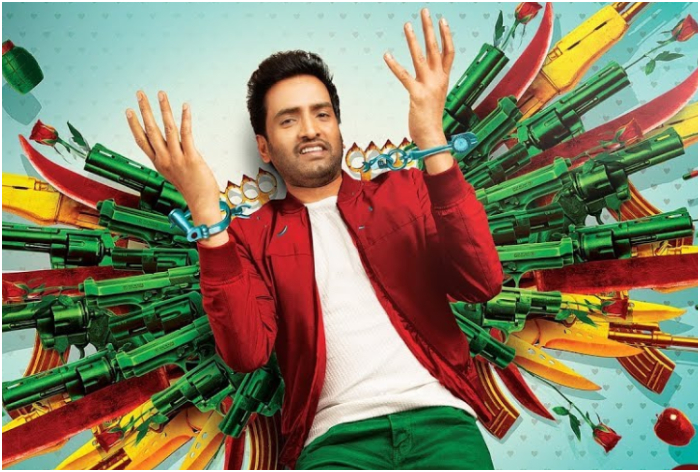 That said, Santhanam and Yogi Babu have now joined hands for a film being directed by ace director Shankar’s former associate Vijay Anand with one major schedule already wrapped up at Mumbai.

It must be noted that Vijay Anand served as the associate director Shankar's blockbuster, 2.0, last year, which had 'Superstar' Rajinikanth, Akshay Kumar and Amy Jackson in the lead roles with music by Academy Award-winning composer A. R. Rahman. 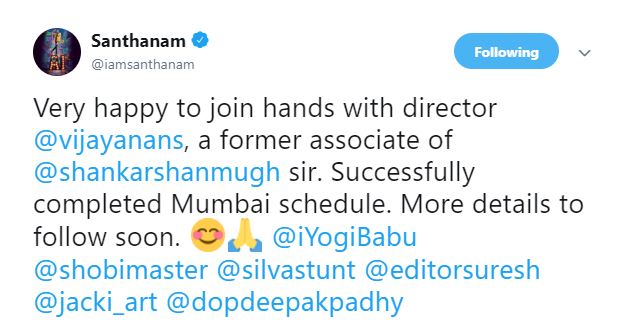 The yet-to-be-titled film includes Shobi for the choreography, Silva for the stunts, Deepak Kumar Padhy handing the cinematography, T. S. Suresh for the editing and Jacki for the art direction with Santhanam also revealing that more updates on the project will be made in the days ahead. 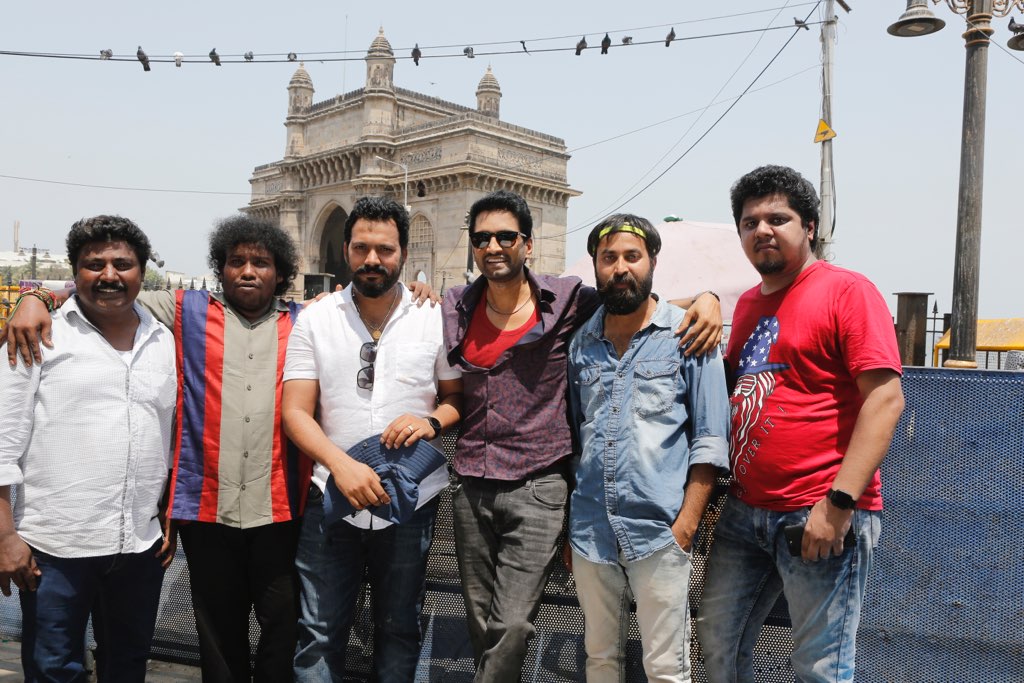