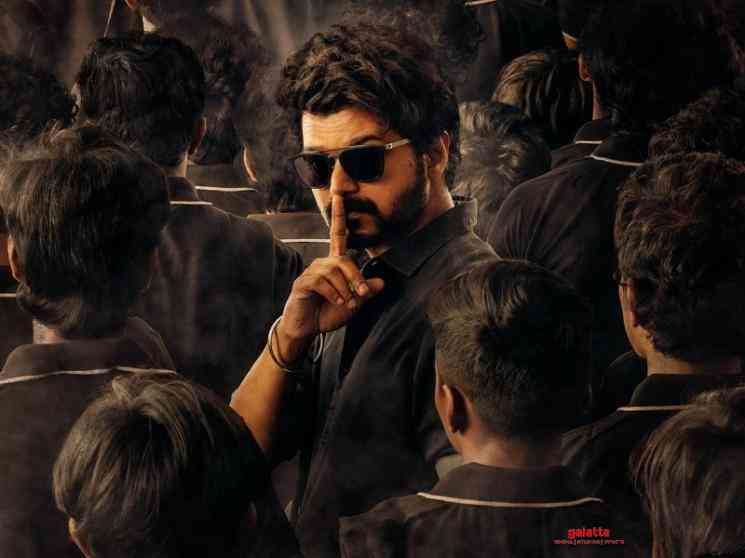 We have now entered 2021 and the wait for 'Thalapathy' Vijay's Master is nearing an end as less than two weeks now remain for the film's worldwide theatrical release. Directed by Lokesh Kanagaraj under Xavier Britto's XB Film Creators banner, with Lalit Kumar's 7 Screen Studios handling the distribution, the mass masala action entertainer coming out on January 13 has been the talk of the town, with the excitement visible everywhere. With the film's teaser and a new set of posters being released by the makers before 2020 came to a close, Vijay rang in the New Year by unveiling the Master Twitter emoji. It is to be noted that this is the third Vijay film to be getting emojis on Twitter after his Mersal and Bigil. Check it out below:

Vijay, who usually doesn't tweet much, incidentally also went on to top the Twitter trends as his selfie at the Master shooting spot in February last year turned out to be the most retweeted tweet of 2020. Promotions for Master have so far received a stellar response, especially the film's teaser, which recently became the most-viewed Tamil film teaser of all-time, with fans waiting for the elusive announcement of the trailer. Censored with a 'U/A' certificate, Master is going to be a pan-Indian release as its Hindi version will be coming out alongside its Tamil, Telugu and Kannada versions.

With overseas theatre listings being unveiled, it is now being reported that Master will be releasing in over 800 screens across Tamil Nadu, making it one of the biggest theatrical outings for Vijay and incidentally the first massive venture to land such a huge release plan after the lockdown due to the pandemic. As there has been a dearth in entertainment for fans to enjoy a film that can be properly celebrated in theatres, Master has packaged plenty of elements to draw in large audiences to theatres, with the Vijay and 'Makkal Selvan' Vijay Sethupathi on-screen clash being the biggest USP factor. The chemistry and the action between them that were teased to a good extent in the film’s teaser received a thunderous response, with all sights now set on the Master trailer.