In tragic news, popular Telugu actor Uttej’s wife Padmavathi passed away due to cancer on Monday morning at the Basavatarakam Indo-American Cancer Hospital and Research Institute in Hyderabad. Veteran Telugu superstar ‘Mega Star’ Chiranjeevi was among the first to rush to the hospital and offer his condolences and emotional support to Uttej and his daughter. In videos doing the rounds on social media, we see a heartbroken Uttej and family members in inconsolable tears, with the actor being consoled by Chiranjeevi.

Actor Uttej wife passed away due to cancer.

Uttej broke down into tears when Boss came.

According to reports, Uttej’s wife Padmavathi was diagnosed with cancer a few years ago and her health had begun to deteriorate in recent times after which she was admitted to hospital for treatment. Apart from Chiranjeevi, notable names like Prakash Raj, Brahmaji, Jeevitha, Surekha Vani from the Telugu film industry extended their condolences in person to Uttej and his family. Surekha has also paid her respects to Padmavathi on social media and posted an Instagram Story writing, "Very shocking to hear this character artist Uttej wife my vy close friend padma is no more om shanti". Uttej has been a part of the Telugu film industry for many years and has worked as an actor and a screenwriter. Having won the Nandi Award for Best Male Comedian for the film Chandamama, the actor was close to his wife, whom he described to be a pillar in his life who stood by him at all times. 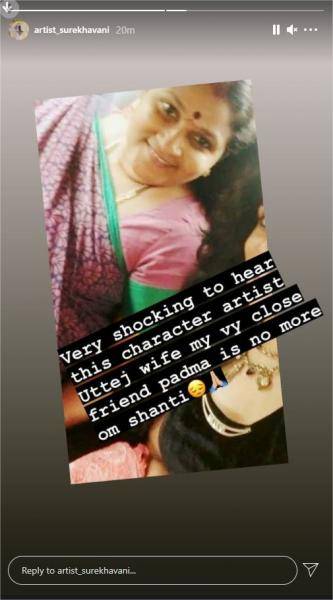