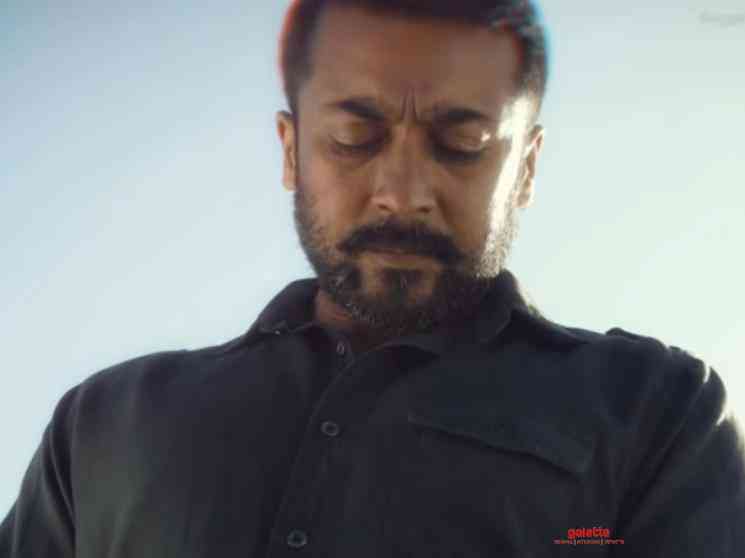 We are just two days away from witnessing Suriya's highly-anticipated Soorarai Pottru and the fans are eagerly waiting for the d-day. This Sudha Kongara directorial is all set for a grand digital release on Amazon Prime Video on November 12. Soorarai Pottru has got phenomenal expectations among the fans and film buffs and it is expected to showcase Suriya in a newer dimension. Produced by Suriya's 2D Entertainment in association with Guneet Monga's Sikhya Entertainment, Soorarai Pottru is based on the life story of Captain GR Gopinath, the founder of Air Deccan. The film will showcase the inspiring journey of a successful man who was full of passion and energy to achieve his dreams.

The film's teaser and trailer received an overwhelming response and the team is said to be confident about the final product. If the film is as good as the trailer and the promos, one can be sure that Soorarai Pottru will be a definite success and most importantly, give the breakthrough for Amazon Prime Video. Ahead of the release, the makers have now released a new single from the film and this song is called 'Usurey'. This emotional number is crooned and composed by GV Prakash and penned by lyricist Maya Mahalingam. GV Prakash's natural rendition makes his song sound beautiful and soulful.

This slow paced track seems to carry a lot of emotions and the song would definitely appeal better with its visuals. The lyric video of this song has been released on Sony Music's official YouTube who owns the film's audio rights. We get to see a few newer shots featuring Suriya and these stills are going to do good rounds on social media. GV Prakash has struck a chord with this new song as well and going by his current form, his background score is definitely going to play a vital role in making the emotions appeal in the right proportion. The entire album of Soorarai Pottru will be released tomorrow (November 11). Niketh Bommi has handled the cinematography, while the editing is done by Sathish Suriya.

The film features Aparna Balamurali as the female lead, alongside Urvashi, Karunaas, Vivek Prasanna in supporting roles. As Soorarai Pottru is gearing up to release on Prime Video on November 12, here is the newly released 'Usurey' song from the film: