12 leading actors and models come together for Chandini Khanna's The Queens! 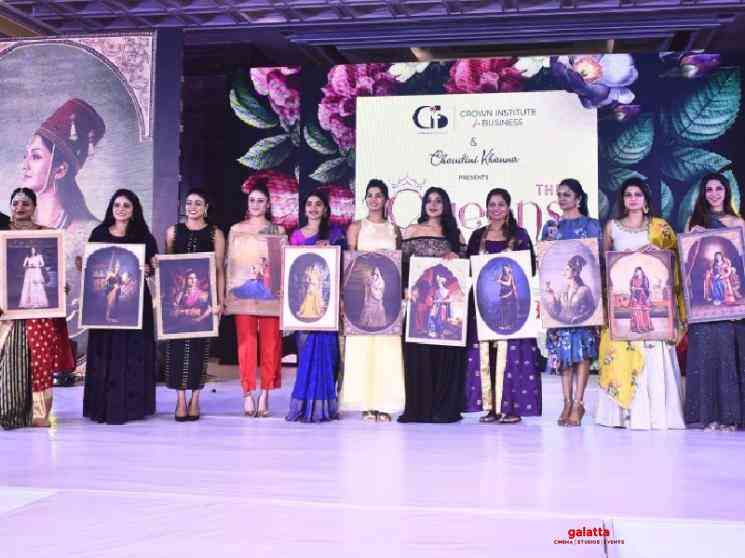 Renowned stylist Chandini Khanna launched an extravagant and flabbergasting calendar for the year, 2021 titled The Queens, at the Luxury Affair. The calendar was officially launched through a grand event that happened on December 12 at a private hotel in Chennai. Chandini Khanna was searching for an unique theme for her calendar and during this Covid-19 period, she was highly inspired by the bravery of Indian Queens and that is when she decided that her 2021 calendar will be a celebration of those warriors. Chandini says that this calendar is dedicated to all the women who puts up a brave front every single day, defeating all the odds. The Queens is a celebration of Bravery.

The Calendar is presented by Crown Institute and Chandini Khanna who says that her dream project was to recreate the Queens of India. Chandini and her team worked for 15-16 hrs in a day to make the calendar look what it is today. The models were captured by Ram S Kriz who seems to have done a pretty good job with his lighting skills. Viji Sharath has taken care of the make-up. The 12 models representing the 12 months include Sakshi Agarwal, Shruthi Selvam, Upasana RC, Sanchita Shetty, Arthi Venkatesh, Vijayalakshmi Ahathian, Ineya, Anjena Kriti, Bhavana Balakrishnan, Janani Iyer, Vimala Raman, and Sonia Agarwal.