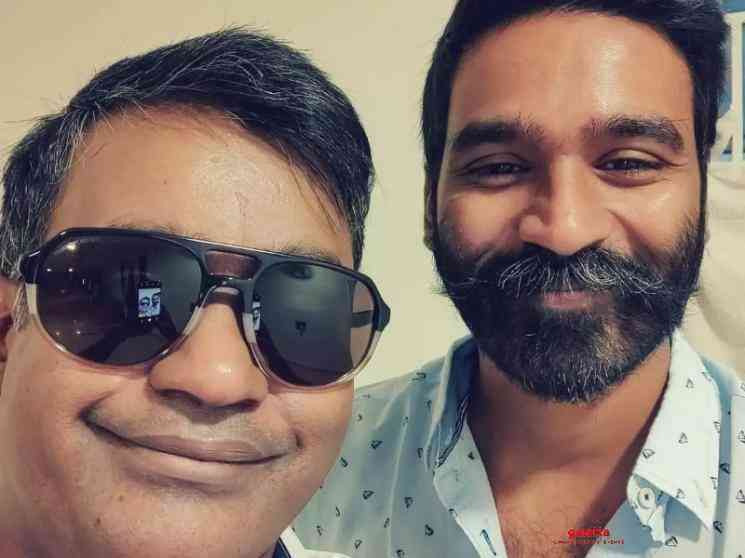 It's OFFICIAL - ace filmmaker Selvaraghavan will be bringing to us the long-awaited sequel to his cult 2010 action-adventure film, Aayirathil Oruvan. Titled Aayirathil Oruvan 2, the film will this time feature Selvaraghavan's brother and National Award-winning actor Dhanush in the lead role, and has been announced to come out in theatres as a 2024 release. A concept art poster was released as a New Year's treat, leaving fans mighty excited, considering the project has been long-awaited ever since Aayirathil Oruvan first teased the possibility of a sequel towards its end.

Taking to Twitter, director Selvaraghavan shared the news of Aayirathil Oruvan 2 along with a concept art poster and wrote, "All those affectionate hearts who have asked me and waited so long, here it is in front of you - AO2 with @dhanushkraja". Shortly after Selvaraghavan's tweet, Dhanush shared his excitement for the film, while revealing Aayirathil Oruvan 2's pre-production process alone would take a year to get completed. He added that it is going to be a magnum opus and a dream film. Stating that the wait for the film will be long, he said they will put in their best efforts to make it a worthwhile experience, before concluding on the note that the Prince returns in 2024. Dhanush wrote, "A magnum opus !! The pre production alone will take us a year. But a dream film from the master @selvaraghavan  ! The wait will be long. But we will give our best to make it all worth it. AO2 ..The Prince returns  in 2024".

A magnum opus !! The pre production alone will take us a year. But a dream film from the master @selvaraghavan ! The wait will be long. But we will give our best to make it all worth it. AO2 ..The Prince returns in 2024 https://t.co/HBTXeN66iA

Aayirathil Oruvan 2 has been a film that has been highly-anticipated by fans ever since the first film came out in 2010, which had Karthi, Reema Sen, Andrea Jeremiah and Parthiban in the lead roles, with music by G. V. Prakash Kumar. The original film at the time of its release didn't perform as expected at the box office, but soon after developed a cult following, with many praising Selvaraghavan's intricate details in the screenplay, while also throwing light on the lost Tamil cultures. As of now, there is no producer and music director attached to Aayirathil Oruvan 2, with details on other cast members also not revealed, while it also is unknown whether any of the original film’s actors will reprise their roles.

There is a talk that Selvaraghavan could reunite with GV Prakash once again for Aayirathil Oruvan 2 as his score and songs in the first film played a big role. Dhanush has several notable big projects lined up, including another film with Selvaraghavan, which will be produced by Kalaipuli S. Thanu with music by Yuvan Shankar Raja. New Year 2021 kicked off on a bang with Aayirathil Oruvan 2 officially being announced, while Dhanush had earlier in the day also dropped a teaser poster for his upcoming film Karnan directed by Pariyerum Perumal fame Mari Selvaraj.