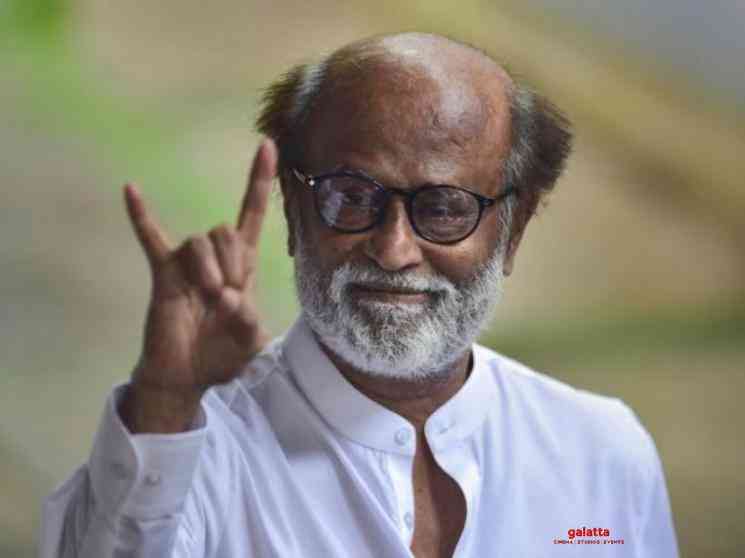 'Superstar' Rajinikanth recently announced that his political party will be launched in January 2021, with an announcement to be made in regard to it on December 31, 2020 ahead of the upcoming 2021 Tamil Nadu Legislative Assembly elections. The veteran actor, who is currently shooting for his upcoming film Annaatthe in Hyderabad, has now issued a new statement via his Rajini Makkal Mandram requesting its members to wait for an official announcement about the party and its symbol.

V.M. Sudhakar, Convenor of the Rajini Makkal Mandram, in a statement on behalf of Rajinikanth said, "There are some on TV and social media speculating that a newly-registered political party's name and symbol announced in a directive by the Election Commission is associated with the Rajini Makkal Mandram. We request all the Rajini Makkal Mandram members to be patient and wait for an official announcement." Rajinikanth's statement comes after speculations sprung up on Tuesday that a newly registered party named Makkal Sevai Katchi (MSK) was allotted the auto-rickshaw symbol by the Election Commission of India. Rumors shot up as many on social media and in the media began talking about the actor floating his party as such considering he played an auto-rickshaw driver in the 1995 blockbuster Baashha, which also included the chart-buster 'Naan Autokaaran' song.

Rajinikanth first announced his entry into politics on December 31, 2017 when he addressed his fans and followers at a public meeting in Chennai saying, "Naan arasiyal ku varuvadhu urudhi", leaving many ecstatic. The iconic actor later in the beginning of this year said that he would not be contesting for the Chief Minister designation in the upcoming 2021 Tamil Nadu Legislative Assembly election, but went on to state that he will act as a bridge to a new generation in politics.

Earlier this month, Rajinikanth tweeted, "In the upcoming 2021 Tamil Nadu Legislative Assembly elections, with the blessings of the people, a honest, fair, corruption-free, transparent and a secular spiritual politics will be created for sure. Wonder... Miracle... will occur !!!" The Petta actor also included the hashtags in his tweet, "we will change, we will change everything" and "if not now, never". Rajinikanth's entry in politics in Tamil Nadu has been a subject of major debate for many years, with observers, political analysts, film personalities and fans pointing the various political messages in his films.