The ongoing COVID-19 Corona Virus Pandemic has caused the whole nation to go into lockdown mode and everybody is following social distancing and self-isolation. Irrespective of celebrities or common people, everybody are staying indoors and making the maximum out of this downtime. The gorgeous Priya Bhavani Shankar first caught the eyes of the audiences as a newsreader before donning the avatars of a TV actress and show host. She eventually broke out onto the big screens with Meyaadha Maan and has since become one of the most sought after actresses! Priya has been regularly updating photos and videos of her time in self-quarantine and her fans are mighty impressed!

Priya Bhavani Shankar's latest video shows her playing a football video game, very keenly! She has her eyes riveted to the TV screen as she navigates through her players and scores a goal! On scoring the goal, Priya uses the very famous dialogue from Thalapathy Vijay's Bigil - "Cup-uh mukkiyam Bigil-u!" This video has created quite a rage online and Vijay fans have been sharing and liking it in masses! After a string of successful movies, Priya Bhavani Shankar is now a part of Ulaganayagan Kamal Haasan's Indian 2 and SJ Suryah's Bommai apart from a number of other movies like Kuruthi Aattam, Kasada Thabara, Pelli Choopulu's Tamil remake, Vaan, Kalathil Sandhippom and the multi-lingual Aham Brahmasmi. 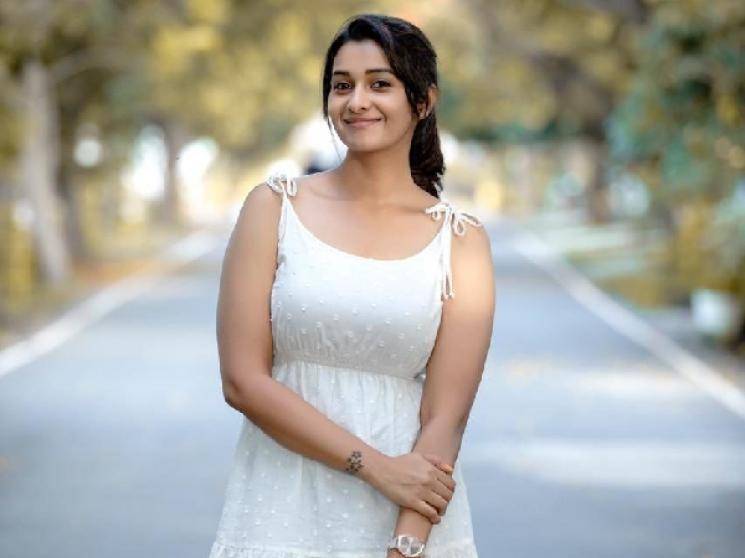 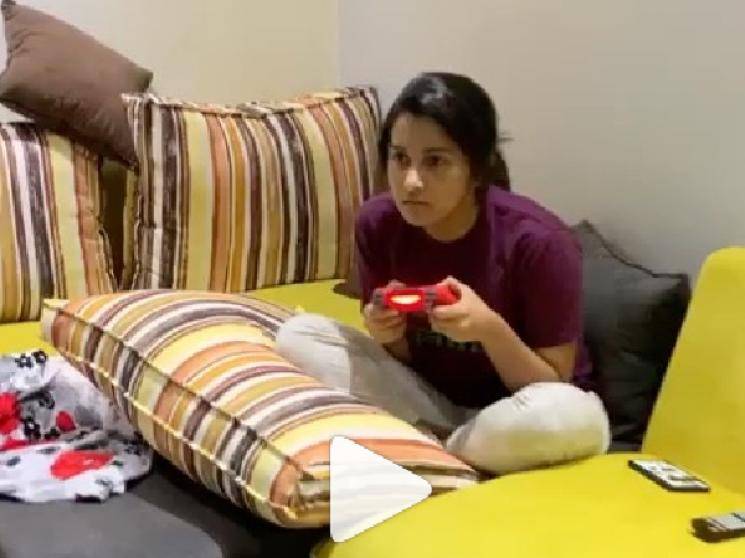 Check out the video below,

A post shared by Priya BhavaniShankar (@priyabhavanishankar) on Apr 12, 2020 at 3:56am PDT