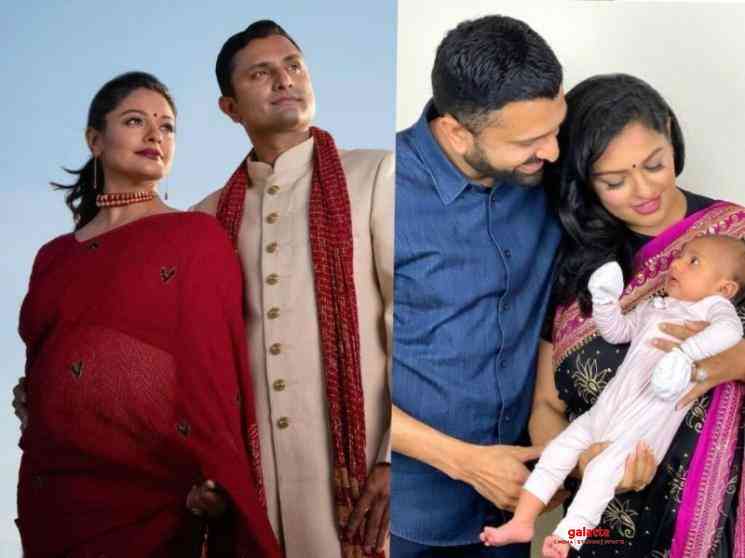 2021 has started off on a huge positive note for actress Pooja Kumar, who has given birth to a baby girl, with the joyous news being shared by her husband, Vishal Joshi. Residing in the US, the couple are now proud parents and have named their little bundle of joy as Naavya Joshi. Taking to his Instagram page, Vishal, the CEO of Joy, a wedding-planning company, revealed the news by sharing pictures of himself with Pooja and their newborn daughter and wrote, "Once upon a time we were two and now we are three. Pooja and I are so excited to introduce you all to our little baby girl Naavya Joshi".

Vishal's statement further read, "poojakumarny thanks for being the best life partner I could dream of and for brining our little Naavya in to this world. You have made this birthday my best birthday ever. Love you both so much". He concluded saying, "@anjula_acharia Pooja and I are forever grateful to you for being our #IndianMatchmaker @ryanpendletonphotography and @abhijitrjoshi thanks for patiently photographing our little family".

A former Miss India USA, Pooja Kumar made her acting debut in the Tamil film Kadhal Rojave in 2000, but shot to fame after she appeared as the female lead in 'Ulaganayagan' Kamal Haasan’s spy action thriller film Vishwaroopam in 2013, which also included Andrea Jeremiah and Bollywood actor Rahul Bose in its cast. She again appeared alongside Kamal Haasan in 2015 in Uttama Villain, while reprising her role as Nirupama Wisam aka Nirupama Vishwanath in Vishwaroopam 2 in 2018. She also appeared as one of the female leads in the comedy drama, Meen Kuzhambum Mann Paanaiyum, in which she was cast opposite Prabhu, and played an important role in director Vasanth S Sai's Sivaranjiniyum Innum Sila Pengalum, which is awaiting its theatrical release. Pooja has also been seen in a couple of Hollywood films namely Man On A Ledge and Brawl In Cell Block 99.

Below are pictures of Pooja Kumar and Vishal Joshi along with their newborn baby Naavya: