Director Ajay Gnanamuthu has made a name for himself in Tamil cinema as a filmmaker to watch out for after his directorial debut, Demonte Colony, in 2015, with Arulnithi turned out to be a smash success and in turn fetching him laurels. Post the success of his horror film, Ajay then ventured into the psychological action thriller genre with Imaikkaa Nodigal, in 2018, while joining hands this time with Nayanthara in the lead role, Atharvaa as her brother followed by acclaimed Bollywood director Anurag Kashyap being cast as the villain, which incidentally marked his acting debut alongside actress Raashi Khanna as the heroine. 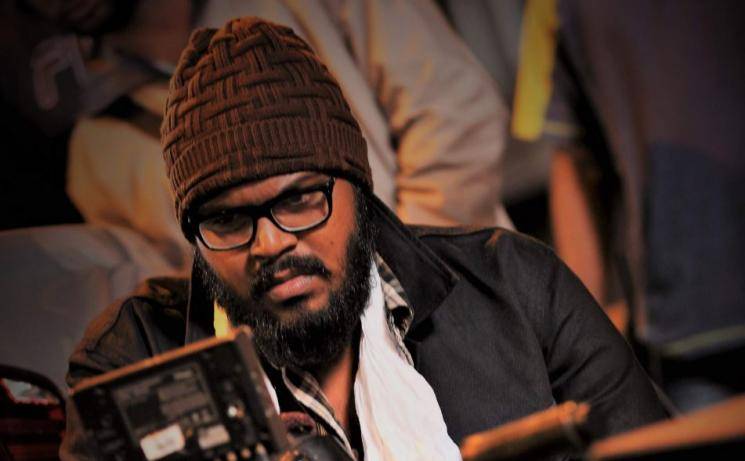 Since then, Ajay Gnanamuthu has been hard at work on the biggest film of his career to date, Cobra, starring 'Chiyaan' Vikram in the lead role. Featuring music by Oscar winner A. R. Rahman , the National Award-winning actor will be seen squaring off against former Indian cricketer Irfan Pathan, who is said to be playing the antagonist, while KGF actress Srinidhi Shetty is the female lead and Super Deluxe fame Mirnalini Ravi has been cast in a major supporting role.

With production on Cobra currently brought to a halt owing to the Coronavirus pandemic across the world, Ajay Gnanamuthu had taken part in a Q&A session on his Instagram page where he was asked by a random fan to say a few words about his working experience as an assistant director on 'Thalapathy' Vijay's 2012 blockbuster, Thuppakki, under AR Murugadoss's direction. Ajay Gnanamuthu replied saying, "My one and only thalaivan and that certain people like him cannot be described with just words,". Check out his statement below: 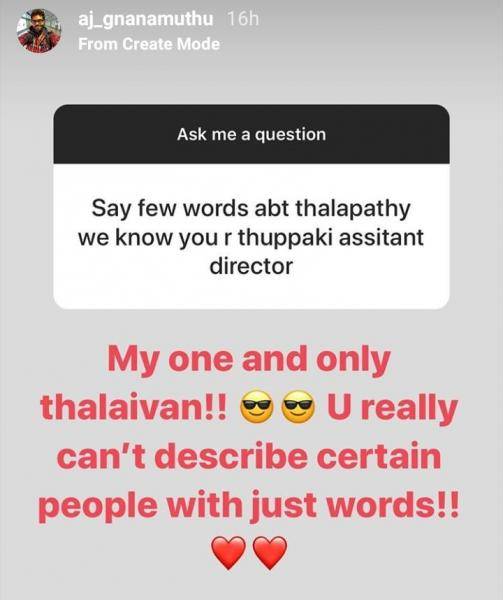