Bigg Boss Telugu season 5 runner-up Shanmukh Jaswanth and his girlfriend Deepthi Sunaina have announced they are going separate ways after being in a relationship for five years. The couple was known for their dance and acting videos on YouTube, which earned them huge popularity among the young and the elderly alike. Shanmukh or Shannu, as he is called by his fans, entered the recently-concluded fifth edition of the hit Telugu reality TV show Bigg Boss, and emerged as the runner-up, with Deepthi extending her support to him during his stint. Post the end of Bigg Boss 5, there were speculations that the two were breaking up after Deepthi unfollowed Shannu on social media, with the YouTube star later issuing a statement saying they were trying to fix the problems between them. He stated a few days back during a live chat session with fans, "Please don’t scare me by calling it a breakup. Yes, she is angry at me right now but I’ll meet her soon and sort it out."

That said, Deepthi has now confirmed that she and Shannu are now separated and released a detailed statement calling their breakup mutual. She wrote on Instagram, "To all my well wishers and friends. After a lot of thoughtful consideration and contemplation, Shanmukh and I have mutually decided to move on in our personal lives and pursue our own individual paths going forward. These last 5 years have not just been times of joy, affection and growth for both of us, but also very tough to deal with our demons. We both wanted this to last as much as you all wanted it to. But this has been going on for a really long time now and definitely wasn't an easy ride as it seemed on social media.While we kept fighting to stay together, we kept ignoring what we truly need in life. We've reached to a point where we realised that our paths are different and that we should keep moving forward instead of staying stuck. I am deeply humbled by all your love and request you to stand by us in these difficult times and provide us the privacy needed and all the support as we venture towards newer horizons. THANK you." 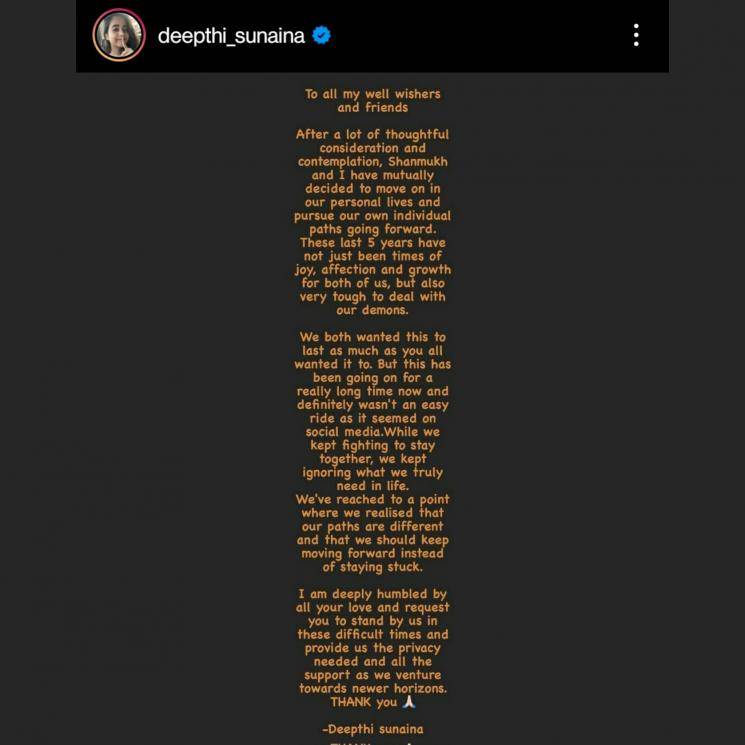 Likewise, Shannu too took to social media and informed followers that he wanted Deepthi to be happy. He wrote, "She has all the rights to take the decision ! She has been through a lot till now. I finally want her to be Happy and Peaceful. Whatever paths we go we will be there for each other as support. Thank you for your beautiful 5 Years of helping me grow as a better person. You deserve to be Happy. Take care and All the best Deepu." 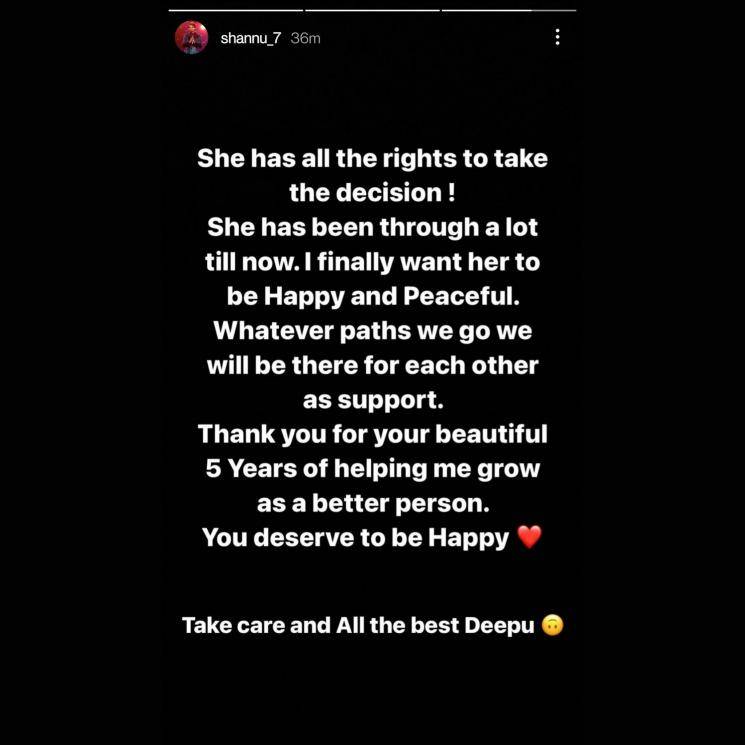 Vanitha Vijayakumar officially announces her next movie - know who plays the lead?

Vanitha Vijayakumar officially announces her next movie - know who plays the lead?