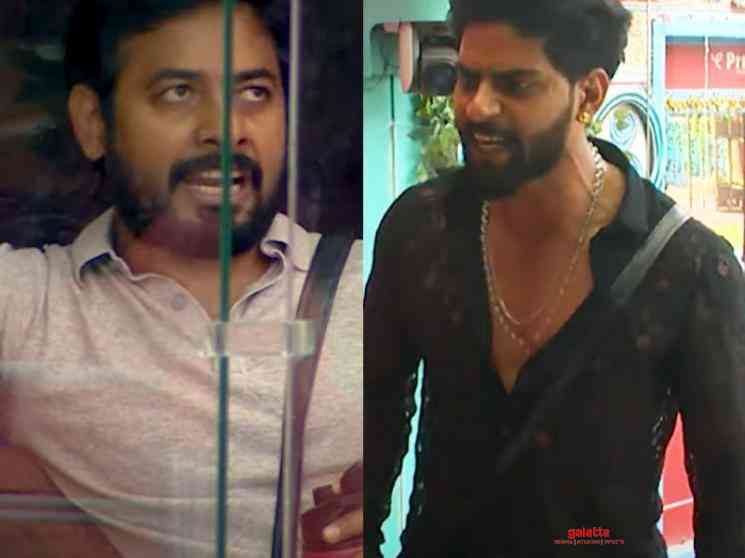 We are nearing the end of the fourth season of Bigg Boss Tamil and we are just two weeks away from witnessing the grand finale of the show. This week, we saw the family members of the housemates coming inside the Bigg Boss house to meet their loved ones. Except for Shivani, the rest of the housemates had a very fruitful and sweet meeting with their family members. The housemates received advice and suggestions from their respective family members on how to play the game, going forward. In today's earlier released promo, we saw a glimpse of the nominations for the 'uninteresting / boring' performer of the week.

Though the housemates did not have tasks this week, the process must go on and the housemates have been asked to nominate on the basis of each person's involvement in the week. Aari had nominated Bala and we saw him getting pissed and angry at him. Following that, Vijay TV has now released the second promo and in this promo, we see Balaji getting extremely frustrated and angry with Aari. From the nominations, Aari and Balaji have been selected as the uninteresting performers of the week and both of them are put inside jail. We see Aari complaining Balaji for not actively doing the household activities - cleaning the house, and other works. Aari also tells that Bala is lazy.

However, Bala gets pissed and shouts at Aari, claiming that everyone in the house is doing their best. Balaji tells Aari not to call him lazy since he feels he has done a lot of work inside the house. Balaji has completely lost his cool and it looks like tonight's episode is going to create a sensational buzz among the audience. We cannot come to conclusions on who is right and who is wrong, based on the promos and we will get a clear picture only by the night. Balaji's previous jail experience was also quite problematic when he had to share the space with Suchitra and now, it is with Aari.

The promo has already garnered attention and the Bala - Aari segment is going to be the highlight of tonight's episode. As we all know, Aari has a strong fan base and support on social media and his fans have already started to oppose Balaji for his actions. Check out the latest hot promo video of Bigg Boss 4 Tamil here: