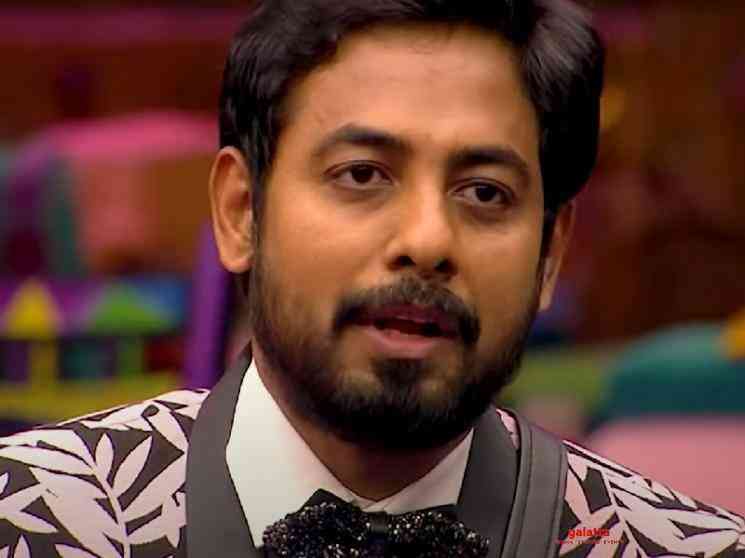 The fourth season of Bigg Boss Tamil is entering its last leg of the show and we are just three weeks away from witnessing the grand finale. As of now, nine contestants are inside the Bigg Boss house and it includes Aari, Aajeedh, Balaji Murugadoss, Ramya Pandian, Rio Raj, Anitha Sampath, Shivani Narayanan, Gabriella, and Som Shekar. Anitha is expected to be evicted in tonight's episode and her eviction will leave the rest of the eight in the house. Tonight's episode will witness actor Jayam Ravi appearing in the show for promoting his upcoming Tamil film, Bhoomi, directed by Lakshman. We saw a glimpse of his portion through today's (Dec 27) earlier released promo.

Following that, Vijay TV has now released the second promo for tonight's episode and in this promo, we see a caller asking questions to Aari. We have been witnessing the housemates receiving a phone call from the audience every weekend. This week, we saw a caller asking his questions to Aari. The caller compares Aari to Anniyan's Ambi character that always points out the mistakes of others. We have also seen other housemates complaining about the same. The housemates felt that Aari was always involved in pointing out the mistakes of others to project him in a good light.

However, Aari, while replying to the caller, tells that no one is a friend or enemy to him inside the Bigg Boss house and adds that he points out the mistakes only to make that particular contestant more deserving in the game. He feels that the show should have contestants who take their tasks and activities seriously. Kamal Haasan seems to be impressed with Aari's reply. When Anitha gets evicted in tonight's episode of Bigg Boss, it will leave the 8 other contestants inside the house.

According to reports, this season of Bigg Boss will have 5 finalists and among that, it is most likely that Aari, Balaji Murugadoss, Rio Raj, and Ramya Pandian will be the finalists. The remaining one should be either Som Shekar or Gabriella. Let us keep our fingers crossed and wait for the upcoming weeks. For now, check out the newly released promo: