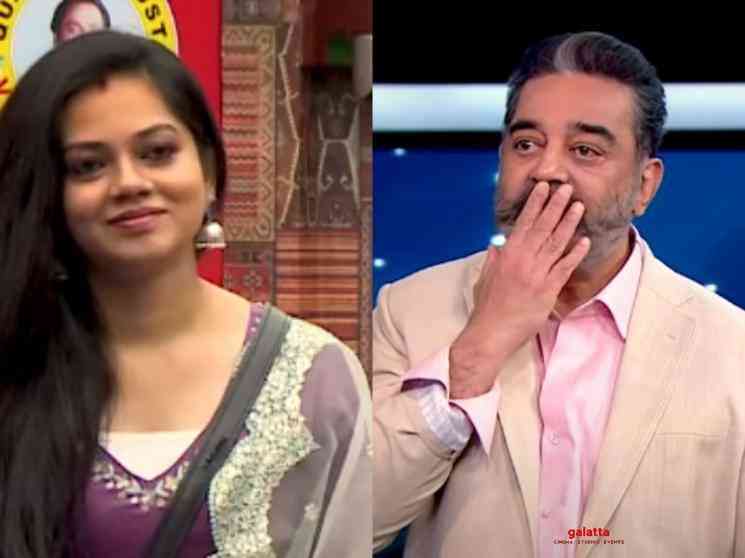 The fourth season of Bigg Boss Tamil is now in its 82nd day, with the hit reality TV show now less than three weeks away from crowning a winner. Being telecast on Vijay TV, with fans subsequently watching the show on the Hotstar streaming platform, Bigg Boss 4 is being hosted by Kamal Haasan for the fourth consecutive season. Up until now, nine contestants namely Velmurugan, Suchithra, Suresh Chakravarthy, Samyuktha Karthik, Rekha Harris, Sanam Shetty, Aranthangi Nisha, Jithan Ramesh and VJ Archana have been evicted. On the other hand, the remaining contestants in the Bigg Boss 4 house are Aari, Rio Raj, Balaji Murugadoss, Shivani Narayanan, Gabriella Charlton, Aajeedh, Som Shekhar, Anitha Sampath and Ramya Pandian, with the battle over the past week among them being quite fierce.

In the second promo for Saturday, we see host Kamal Haasan interacting with the remaining Bigg Boss Tamil season 4 contestants and starts with a reference to the saint poet Avvaiyar. Midway through his statement, Kamal stops himself from speaking any further and asks the contestants if he had made any mistake by mentioning food ingredients, which was a topic of hot discussion over the past week as it led to an argument among them. Seeing Kamal's response, Ramya Pandian and Anitha Sampath burst out laughing, with the remaining contestants as well joining in on the frolic. We then see Balaji Murugadoss explaining his stance over the issue saying he wasn't happy with Aari's response after he dropped the grains while cooking. He continues to say that Aari's reply, "it happens", was not something he was okay with. Next, Anitha is seen explaining to Kamal that she had kept aside a set of ingredients for cooking her own dish, which prompts him to ask her back if she indeed is good at what she's doing, a reference to her actions so far over the course of the past few days on Bigg Boss 4.

This latest Bigg Boss 4 promo has Kamal in his classic sarcastic flair and throwing in tongue in cheek responses and questions to the contestants for which many of them seem to not have any responses. It will be interesting to see in full their replies when the latest episode, which will also be showing the next Bigg Boss 4 eviction, airs tonight on Vijay Television. Watch the Bigg Boss Tamil Season 4 | 26th December 2020 - Promo 2 below: