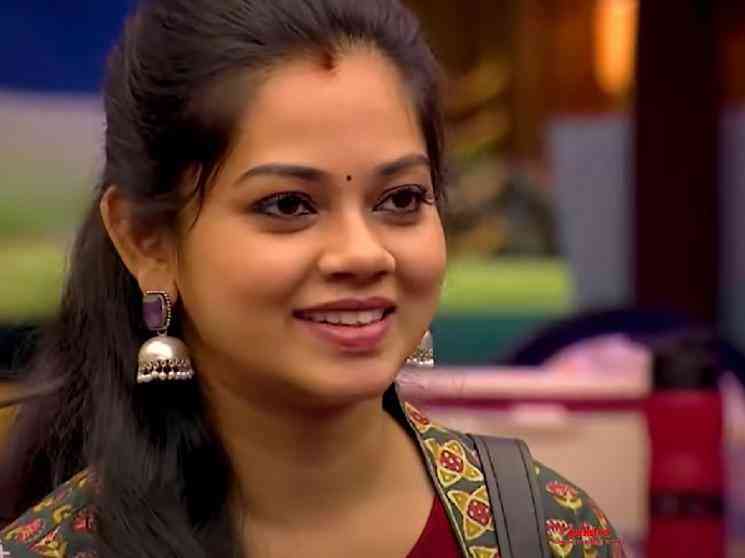 As per the latest reliable reports on social media, Anitha Sampath is the latest person to be evicted from the fourth season of Bigg Boss 4 Tamil. Anitha was nominated for eviction along with four other contestants - Aari, Aajeedh, Gabriella, and Shivani and among the five, Aari was announced to be saved in last night's (December 26) episode. It is a known fact that Aari has very good support and fan base on social media and he is most likely to be one of the finalists of this season. Anitha Sampath's eviction has not come as a surprise for many since she had the least support on social media, this week. Anitha has played a crucial role in changing the game's pattern in several places.

It was Anitha's topple card shift that made Samyuktha evict in an unfortunate manner and there have been many similar occasions. She has always strongly voiced against Rio, Archana, and the team's one-sided decisions and games. She earned good support for pointing out the wrong in others, but unfortunately, at the same time, she was never ready to accept the mistakes from her side. We saw Aari and Rio sharing this thought in last night's episode and the audience also felt that. The fans also felt that Anitha was overconfident at places.

We have also seen her getting over-emotional in the past and Bigg Boss, being a game that tests your emotions, it is obvious that emotionally weaker people may not survive long in the house. Anitha's eviction will be seen in tonight's episode and let us wait and see how her final goodbye turns out to be. Anitha has always talked about her love for her husband, Prabha Garan and she will be happy in a way that she is going to reunite with him after a gap of 3 long months.

Anitha has become the tenth contestant to be evicted in the show, after Rekha, Vel Murugan, Suresh Chakravarthy, Suchi, Samyuktha, Sanam Shetty, Jithan Ramesh, Aranthangi Nisha, and VJ Archana. 8 contestants are remaining inside the house and it includes Aari, Aajeedh, Gabriella, Balaji, Ramya Pandian, Rio Raj, Som Shekar, and Shivani. Three more evictions are expected to happen before the finals and we will have to see how the game progresses in the coming weeks.