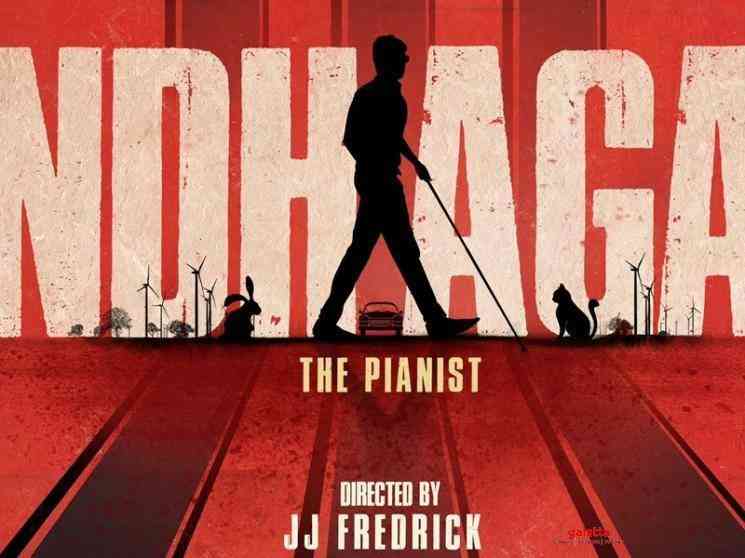 The Tamil remake of critically acclaimed blockbuster film, Andhadhun, has been titled Andhagan. Yes! The title was announced officially this evening (January 1) and it has created a good buzz on social media. Andhagan will feature Top Star Prashanth as the lead, reprising Ayushmann Khurrana’s role, while Simran has been roped in to play Tabu’s character. The fans are super excited to see Prashanth and Simran share screen space together after a long time and it is going to be a refreshing watch. ‘Navarasa Nayagan’ Karthick and Yogi Babu are also a part of the film’s star cast and details regarding their roles are yet to be known. The film will be produced by Prashanth’s father, Thiagarajan under the banner of Staar Movies. The title look poster of Andhagan looks neat and promising and it looks like the makers have taken enough time to make this project solid and strong.

The poster gives us a glimpse of all the elements that play a key role in the film. Andhagan is directed by JJ Fredrick who made his debut with Jyotika’s Ponmagal Vandhal, that had a direct OTT release on Amazon Prime Video. Prashanth will play the role of a blind pianist and it is indeed a challenging role for the talented actor. Santhosh Narayanan has been roped in to compose music for the film and considering the fact music plays a very important role in the film’s story, Santhosh’s work is going to be a strong support. Andhagan will revolve around the life of a blind musician who gets trapped into the murder of a former actor.

Andhadhun had enough thrills and moments to keep the audience glued to the seats and let us hope that the same magic is recreated in the Tamil remake as well. The makers have also announced that the film will be released in the theatres in Summer 2021 which is four to five months away from now. The shooting is expected to begin very soon and since the film is planned to be released in the summer vacation, the team will have to complete the film in quick time. On the technical side, Andhagan will have cinematography by Murugs, editing by JV Manikanda Balaji, and art direction by Senthil Raghavan. Check out the official announcement and title look poster of Prashanth’s Andhagan, directed by JJ Fredrick here: