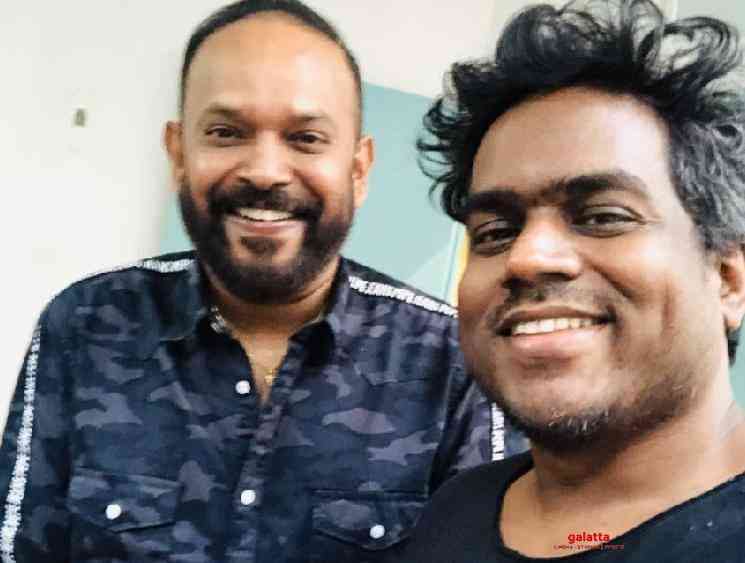 STR was last seen in Sundar C’s Vantha Rajavathaan Varuven which didn’t perform well at the box office. Since then, the fans have been waiting to see Simbu on the big screen, but the talented actor has not been actively involved in film shootings. One film which created enormous expectations since its announcement was Maanaadu, the Venkat Prabhu directorial. This film was officially announced 1.5 years back, but didn’t take off due to STR’s personal reasons. After a long delay, the project is finally taking shape and if things go well, we can expect the shooting of the film to begin by the end of this month.

The fans are eagerly waiting to witness STR’s rage in the theatres and Maanaadu will be a perfect film filled with mass and energy. Directed by Venkat Prabhu and produced by Suresh Kamatchi, Maanaadu has music by Yuvan Shankar Raja. The ace music composer has now posted a picture with VP on Twitter and it has instantly gone viral on social media. Yuvan captioned the picture as “Maanaadu 2020” and this was enough for the fans to get elated. From the photo, it looks like the song composition for Maanaadu has begun. Yuvan has got an extraordinary success ratio with both, Venkat Prabhu and STR, and we can have no doubts about the reception of Maanaadu’s songs as well. This political drama will feature Hero fame Kalyani Priyadarshan as the female lead.