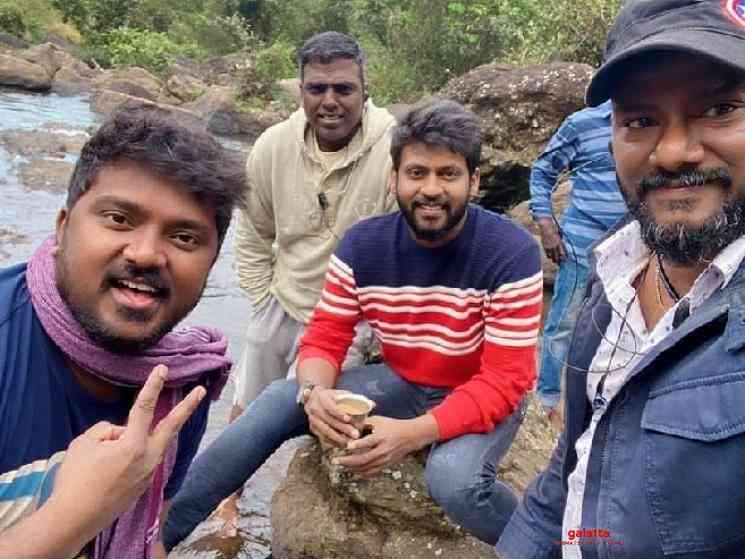 Rio Raj, the small screen sensation who made it to the big screens with his first movie Nenjamundu Nermaiyundu Odu Raja, is currently busy in tinsel town. He is working in a couple of movies, one of which is with director Badri Venkatesh, who has earlier made Baana Kathadi and Semma Botha Aagathey. This new movie, bankrolled by Positive Print Studios, went on floors in October last year. Ramya Nambessan came on board as the female lead and Yuvan Shankar Raja, who had earlier scored for both of director Badri's movies, was roped in as the composer. Now, we have a massive update on this new movie!

Director Badri Venkatesh has updated on his Twitter handle that the shoot for his new movie with Rio has been wrapped up! He further added that the first look is coming soon. He thanked his lead pair of Rio and Ramya Nambessan and also expressed his love and gratitude to all the people involved in this project. The cast of this movie also includes Bala Saravanan, Munishkanth, MS Bhaskar, Livingston, Robo Shankar and a whole host of supporting stars! This movie has been shot across different parts of the country, including some picturesque locations in Kerala.

Rajesh Kumar and L Sinthan are bankrolling this project as the maiden production venture, under their Positive Print Studios banner. B Rajashekar has taken care of the cinematography while Sam RDX is in charge of the editing. The story for this movie has been penned by AC Karunamoorthy. Reports state that Yuvan had already finished composing the songs, even before the movie went on floors. It is great that this movie's shoot has been wrapped up in such a short time!