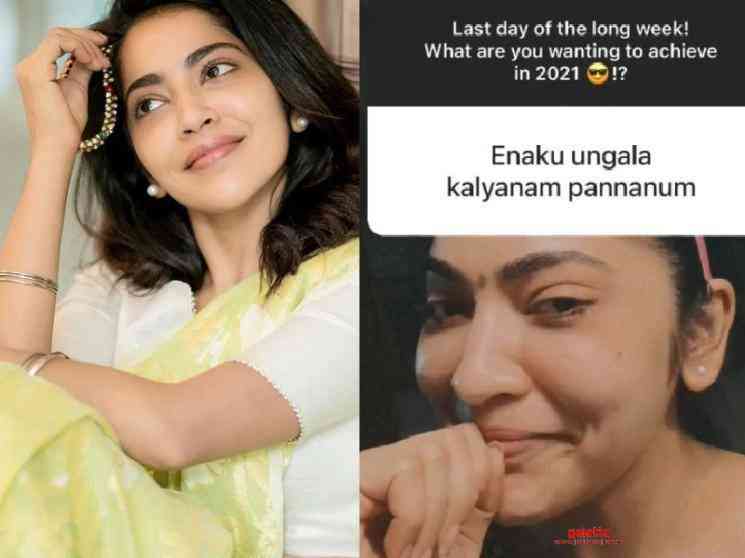 Popular video jockey turned actor Ramya Subramaniam recently interacted with her followers and fans through an Instagram Q & A session and during the interactive session, the talented personality answered various questions. However, one of the first ever questions that she faced was quite a tricky one. Yes! A man made a marriage proposal to Ramya. The guy’s question read, "Enaku ungala kalyanam pannanum", which translates to, "I want to marry you". However, Ramya took the question on a lighter note and replied, "Aarambame Amarkalamaaa Iruku. Nandri Vanakkam". Questions like these are quite common for women celebrities and personalities who engage and interact with followers on a regular basis. It is good to see Ramya take the tricky and inappropriate question on a lighter note and her response has been garnering attention from the netizens.

On the professional front, Ramya is currently awaiting the release of the highly anticipated Thalapathy Vijay starrer, Master, which has got phenomenal expectations among the fans. Master is Vijay’s next outing and it is directed by Lokesh Kanagaraj, with music scored by Anirudh Ravichander. Master will have a grand release in the theatres across the globe on January 13 and the theatres in Tamil Nadu will have an 100% occupancy. Ramya plays the role of a College professor in this film and we even got to hear one of her dialogues in the teaser. It was her dialogue that gave lead to Vijay’s character, JD.

Apart from Master, Ramya is also awaiting the release of Samuthirakani’s Sangathalaivan in which she will be seen as the female lead. Notably, the film will mark Ramya’s debut as a lead and let us wish that it turns out to be a good success. Produced by Vetri Maaran's Grass Root Film Company, Sangathalaivan is touted to be a socio-political drama that is directed by Manimaaran of Udhayam NH4 fame. The film has music scored by Robert Sargunam, while the cinematography and editing departments are headed by Srinivas Devamsam and GB Venkatesh respectively.

The young talent is also in discussion to act in several other notable Tamil movies. Ramya engages her fans on Instagram by posting her workout pictures and videos regularly. For now, check out the screenshot of Ramya’s reply to the marriage proposal question: 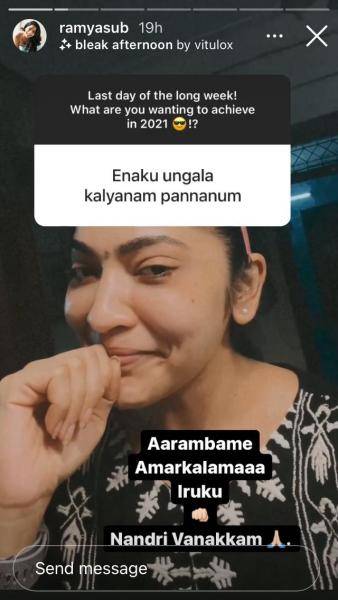