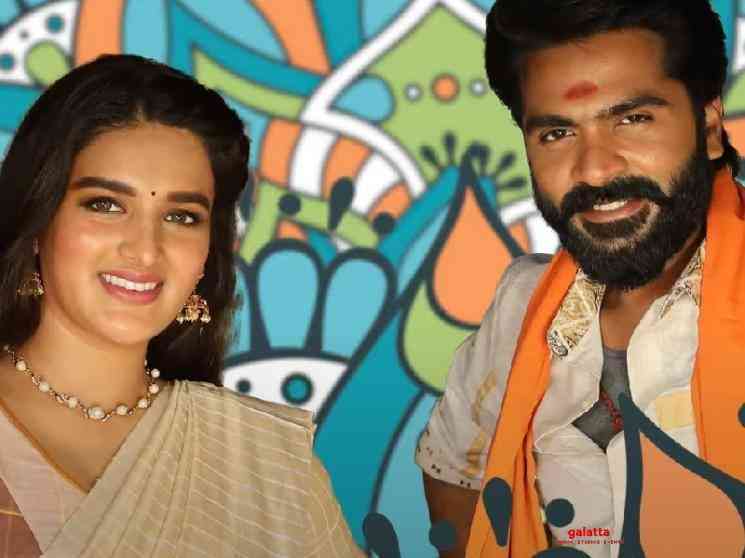 The songs of Silambarasan TR’s Eeswaran was released recently through a grand audio launch that happened in the presence of the fans. The audio launch event was one of the first major events in Tamil cinema to happen and it created a good buzz on social media. Notably, the event marked Simbu’s first official public appearance and the fans were delighted to see him in his new transformed look. The songs composed by Thaman was launched in the event. Thaman is in supreme form as a composer, thanks to the blockbuster success of his Ala Vaikunthapurramuloo songs. He is now one of the most sought after music directors in the South Indian film industry and he has managed to complete the full works of Eeswaran in a quick span.

The first single titled ‘Tamizhan Pattu’ impressed the masses and became a sensational hit. Another song in the album which has turned out to be a big hit among the fans is ‘Mangalyam’ track. This song is a fun-filled romantic folk number crooned by Silambarasan TR and Roshini JKV. The song's lyrics are penned by Yugabharathi. Through this lyric video, we get to see the visuals of the recording session and Simbu seems to have enjoyed the recording. He is seen with full energy and his rendition makes 'Mangalyam', an impressive track.

The visuals of this song features STR and Nidhhi Agerwal and their pairing looks fresh. This lyric video of ‘Mangalyam’This lyric video of 'Mangalyam' song has been released on the official YouTube channel of Think Music who owns the film's audio rights. Eeswaran is directed by Susienthiran and produced by Balaji Kappa under the banner of Madhav Media. The film is shot by ace Cinematographer S Tirru and edited by Anthony. Apart from Simbu and Nidhhi, the film also features Bharathiraja, Balasaravanan, Nandita Swetha, in important roles.

Eeswaran has been certified with a clean U certificate and it will be released in theatres across the country on January 14. For now, check out the newly released 'Mangalyam' track from Eeswaran here: