Leading Tamil actor Vishnu Vishal proposed to Indian badminton player Jwala Gutta last year in September, with the couple then entering wedlock on April 22. The special occasion, which also included other wedding ceremonies like Haldi, Mehendi and so on, was held in Hyderabad in a glitzy manner, with close friends and family members in attendance. Both Vishnu and Jwala have been giving couple goals to fans since the announcement of their relationship and the badminton star went on to share pictures from their wedding on Instagram recently, with many pouring in their wishes.

Jwala Gutta, who has been enjoying her marital life, came across a troll on Instagram, who tried making fun of her wedding ceremonies, with the badminton star taking to giving back a sharp response to the individual. The user had written on her picture, "I am an atheist, but I will follow Hindu traditions when it suits me. After all, marriage pictures have to look beautiful. How can we forget Instagram? That's convinient..." He also called her as being a "hypocrite who thinks people are fool." 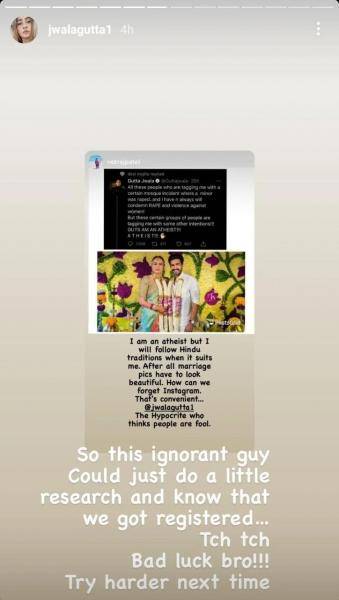 The statements didn't go well with Jwala, who shot back saying, "So this ignorant guy could do a little research and know that we got registered... Tch Tch. Bad luck bro!!! Try harder next time." Check out her reply below: 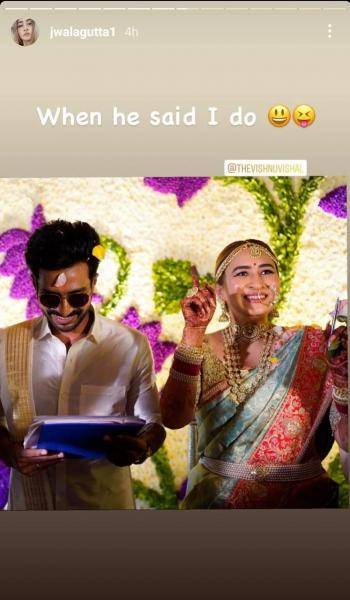 Sharing more pictures from the ceremony, Jwala informed followers that the wedding is registered, while also posting a marriage document. On the work front, Vishnu Vishal will be next seen in the action thriller FIR, while also being announced to be starring in a new film titled, Mohandas, and is awaiting the release of the long-delayed Jaga Jaala Killaadi. 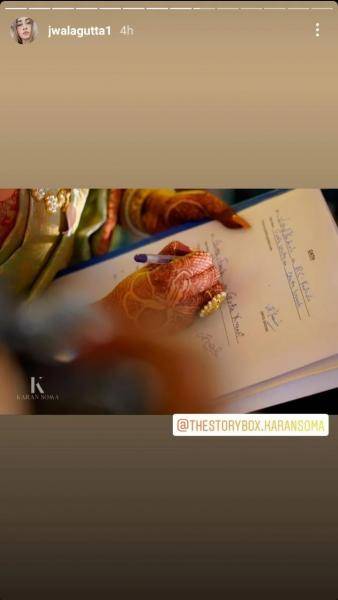 The much awaited announcement on Silambarasan TR's Maanaadu - Check out!