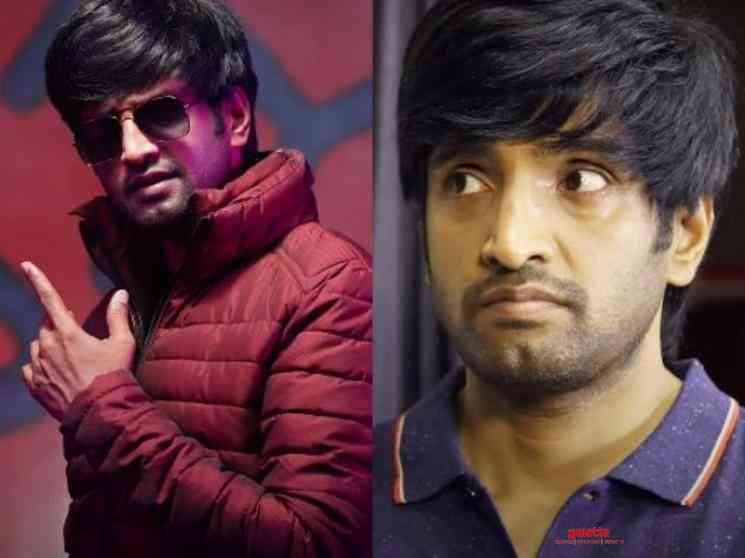 Comedian turned hero Santhanam's Biskoth came out this Diwali and was incidentally the first Tamil film to be released in theatres after the Tamil Nadu government gave permission for theatrical releases after the lockdown in the state that forced cinema halls to shut down for nearly eight months. The actor’s upcoming next Dikkiloona had a hilarious trailer released a few months back, which went on receive a positive response from fans. Dikkiloona will see Santhanam in a triple role for the first time, with the film billed to be a science fiction romantic comedy. Among the many strong points of the film is the addition of composer Yuvan Shankar Raja, whom many fans have been pinning their hopes on to deliver yet another chart-buster album.

Directed by newcomer Karthik Yogi under the joint production of KJR Studios and Balloon director Sinish’s Soldiers Factory banners, the first single track from Dikkiloona titled 'Cycle Wheela Pola' has now been released officially by Sony Music South. Sung by Jithinraj with the lyrics penned by Arunraja Kamaraj, the 'Cycle Wheela Pola' song is a fun and peppy track that is breezy on the ears.

Santhanam's Dikkiloona includes several big highlights apart from Yuvan Shankar Raja among whom are Indian Cricket Team and Chennai Super Kings cricketer Harbhajan Singh making his Tamil cinema debut. The comedy film also has Santhanam paired opposite Anagha of Natpe Thunai fame, with Yogi Babu, Shirin Kanchwala, Anand Raj, Munish Kanth, Motta Rajendiran, Chitra lakshmanan, Arun Alexander, Sha Rah and YouTuber Prashanth forming the supporting cast. Production on the film began in November 2019 and came to a conclusion days before the nationwide lockdown in March earlier this year. There were reports a while back stating Dikkiloona would be skipping its theatrical release and instead premiere on an OTT platform, with KJR Studios later issuing a statement that discussions were ongoing with major streaming services and an official announcement will be made once a deal has been struck.

Watch the 'Cycle Wheela Pola' song from Santhanam's Dikkiloona below: