This leading young director gets engaged during lockdown - wishes pour in! 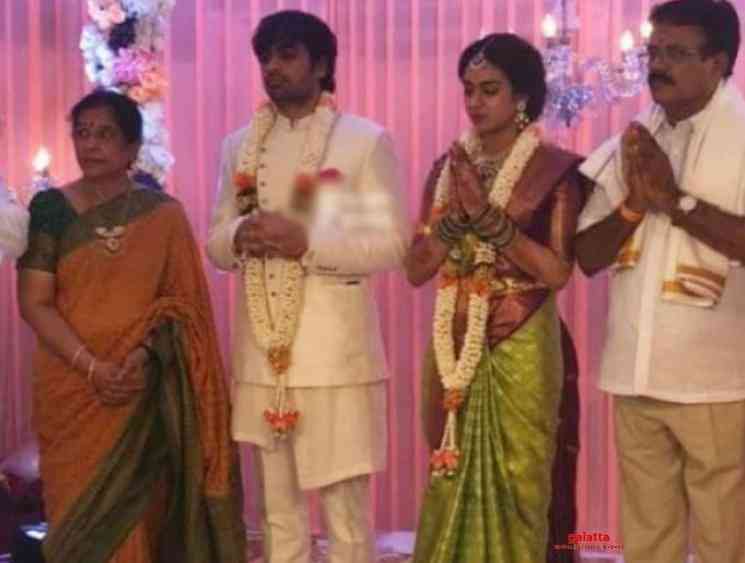 Director Sujeeth made a very impressive debut with Run Lola Run (2014) that starred Sharwanand and Adivi Sesh in the lead roles. Later, he directed Prabhas’ mega biggie, Saaho, which unfortunately flunked at the box office with mixed reviews from the general audience and critics. However, there is good news coming in from his personal space. The young filmmaker got engaged this morning to Pravalika, who is a dentist by profession. The engagement happened as a low-key affair which was attended by selective guests and family members.

The event is said to have happened, adhering to the Government guidelines. Pictures from the engagement event have been doing rounds on social media and wishes have been pouring in from all quarters. However, it has been revealed that the wedding date has not yet been fixed and a decision would be taken on that only after getting clarity about the upliftment of the lockdown.

On the professional front, Sujeeth’s next directorial film would be the Telugu remake of Mohanlal’s Lucifer, directed by Prithviraj Sukumaran. The Telugu remake will feature Mega Star Chiranjeevi in the lead role and it will be made on a grand scale. Sujeeth is currently said to be making a few alterations to the script to suit the tastes of the regional audience. Happy days ahead for Sujeeth! Congrats!