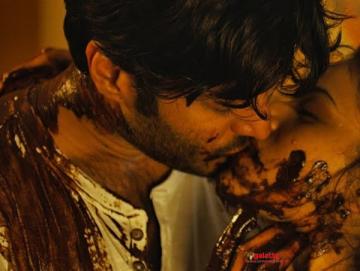 Raahu is an upcoming Telugu language romantic suspense thriller film that stars AbeRaam Varma and Kriti Garg in lead roles. Aberaam Varma is popular from his movies Manu (2018), Hora Hori (2015) and Radha Krishna (2016). The leading lady Kriti Garg is known from her television series Azad Parindey and the actress recently made her big-screen debut with the film 2 Hours Love. This film also stars Chalaki Chanti, Kalikeya Prabhakar and others in pivotal roles.

Written and directed by Subbu Vedula, Raahu is jointly produced by AVR Swamy, Raja Deverakonda, Sri Shakthi Babji and Subbu Vedula under Sri Shakthy Swaroop Movie Creations Banner. Srinivasrao Bethapudi is the executive producer for this film. Praveen Lakkaraju has composed the music for the film and the lyrics are written by Srinivasa Mouli and Subbu Vedula. DOP is handled by Suresh Ragutu and Eshwar Yellumahanthi with the editing work done by Amar Reddy. Raahu revolves around Bhanu who suffers from conversion disorder aka hysterical blindness where she goes temporarily blind under severe stress, in her case triggered upon seeing blood, must fight her enemy who inflicts more bloodshed than she ever imagined.

With the movie gearing up for release, the team has released the video of the song titled Entha Chuda Chakande. The romantic song composed by Praveen Lakkaraju is crooned by Anurag Kulkarni and Sahiti Chaganti with the lines penned by Subbu Vedula. Check out the song below,