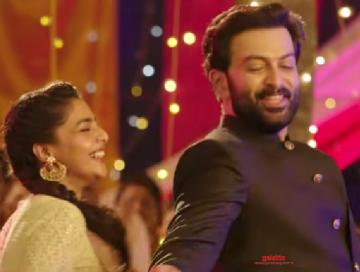 Prithviraj Sukumaran had a successful start to this year with his directorial debut, Lucifer, with Mohanlal, turning out to be one of the biggest blockbusters in Malayalam cinema's history. On the acting front, his new film, Brothers Day released last Friday, on September 6, opening to mixed reviews from the critics. However, a section of the mainstream audience enjoyed the film for its humour and sentiment portions.

The film features an ensemble star cast including Madonna Sebastian, Aishwarya Lekshmi, Prasanna, Prayaga Martin, Miya George, Vijayaraghavan, and others. The film is directed by Kalabhavan Shajon, who is a renowned actor in Malayalam and Tamil cinema. With music by the band, 4 Musics, the film is shot by cinematographer Jithu Damodar and cut by Akhilesh Manohar.

The makers have now released a new promo video that shows a glimpse of the action scenes from the film. This promo video is called 'Success Teaser' and it is neatly packed. Check out this newly released promo teaser from Brothers Day here: