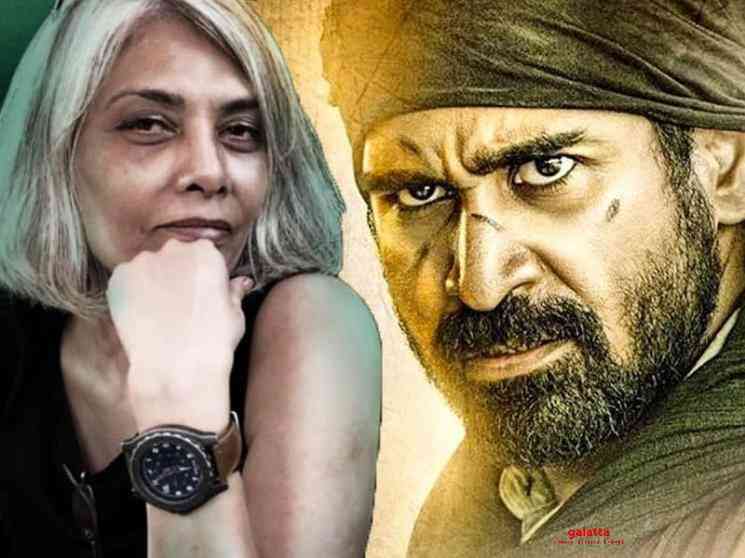 Music director turned actor Vijay Antony is one of the prominent actors in Tamil cinema right now, who has a good fan base, especially among the family audience. His film, Pichaikkaran holds the record for highest TRP impression during its television premiere. The multi talented artist is currently acting in three films, which include Agni Siragugal, directed by Moodar Koodam fame Naveen, Thamezharasan, and Khakhi. All the three films are in different stages of production and the shooting has been stalled due to the current pandemic situation. We had earlier announced that Vijay Antony would soon be acting in the sequel of Pichaikkaran 2. The makers have now announced the director of this film. It would be directed by National Award-winning filmmaker Priya Krishnaswamy who had earlier directed a film called Baaram. Fatima Vijay Antony who also is the producer of this sequel took to her Twitter page to welcome the filmmaker on board - “It is my great pleasure and honour to welcome the talented and gorgeous, National Award winning Director - @priyadarshinik on board Let’s rock as a team #VAP10 @vijayantony @vijayantonyfilm.”

The first look of this much-awaited sequel will be out tomorrow. In a Pandemic of epic proportions, the lives of the people all over the world have been brought to a standstill. The threat to our lives is very much a reality and can only be prevented by social distancing and quarantining ourselves within the confines of our own homes. But more than the impact cause by the disease, the disastrous economic aftermath has become the most worrying factor at the moment. Realizing the plight of the producers of these films, Vijay Antony has even reduced his remuneration by 25%, which is said to be around 1 crore. He believes that his reduction in the salary will help the producers save some money during this testing time and that in turn would pave way for the smooth release for the film. We wish Priya Krishnaswamy, Vijay Antony and team VAP10 good luck.