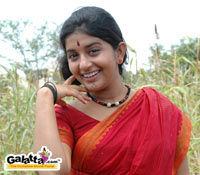 Meera Jasmine was recently seen in Mariyathai opposite 'Captain' Vijaykanth. The lady has her chosen all her projects with care and till date,ï¿½every filmï¿½of hers hasï¿½created history or has something noteworthy in it.

Considered one of the most versatile artistes in Indian cinema, Meera has won several awards and accolades for her performance opposite all top heroes in Tamil, Malayalam, Telugu and Kannada. Meera made her debut in the Malayalam film Soothradharanï¿½(2001) directed by Lohithadas opposite Dileep.

She will soon be seen opposite Uday Kiran in Nee Indri Naan Illai (Tamil),ï¿½produced by Nandhini Arts and directed by Ilavenil.ï¿½Other members of the cast include Thalaivasal Vijay, Manorama, Ganja Karuppu and Kovai Sarala.

The music is most likely to be composed by 'Isaignani' Ilayaraja, with lyrics by Vairamuthu and Pa. Vijay. Kannan will be the cinematographer, while the screenplay will be written by none other than the Chief Minister of Tamil Nadu Kalaignar Karunanidhi!

Yes, you guessed it right! It is the same team that gave us the classic Uliyin Osai, starring Vineeth and Keerthi Chawla.