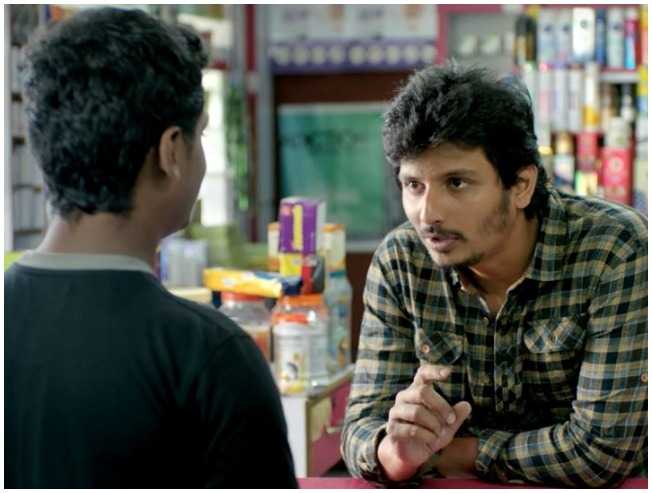 All set for a big release tomorrow (July 12) after a long wait, the Jiiva starrer, Gorilla, has plenty of expectations surrounding it. Said to be one of the most promising films coming out in theatres this year, the action comedy heist film has been directed by Don Sandy and also stars Shalini Pandey as the female lead followed by Yogi Babu, Sathish, Radha Ravi, Vivek Prasanna, ‘Motta’ Rajendran among others starring in supporting roles. Extensive promotions for the film are being carried out over the past few days with character videos for all the stars including one now for Jiiva being unveiled.

Gorilla has been produced by All In Pictures and includes music by Sam CS with the film creating quite a lot of curiosity among fans. Considering the plot revolves around a live gorilla, a band thieves and their plans to rob a bank, excitement has shot up especially after the release of the film’s teaser, trailer, sneak peak and character videos.

You can check out Jiivas character intro video in Gorilla below: