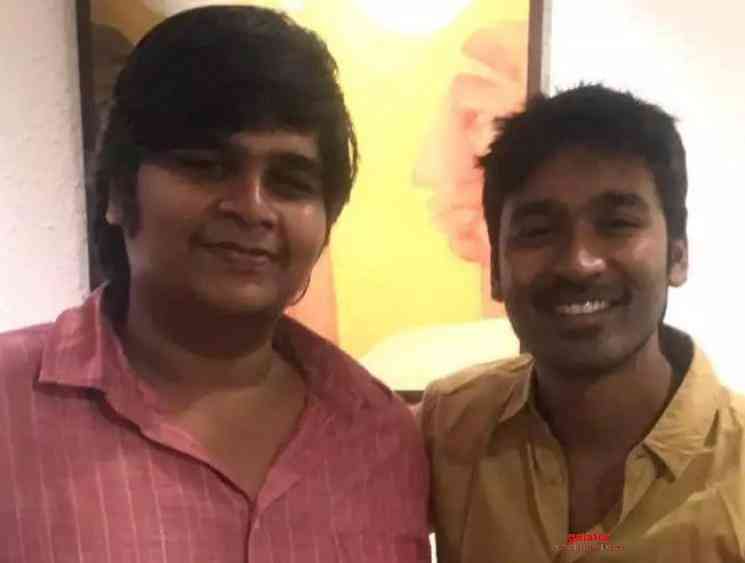 National Award-winning actor Dhanush tasted incredible success with the blockbuster, Asuran, under Vetri Maaran's direction last year. The acclaimed actor is set to have a busy 2020 starting with the much-awaited Pattas, hitting screens as a Pongal treat on January 16. Apart from Pattas, Dhanush had recently wrapped up filming his portions for director Karthik Subbaraj's upcoming international gangster film, which has the working title, D40. That said, post-production works are carrying forward at an active pace already in light of D40's summer theatrical release plan with lyricist Vivek now dropping an update for fans saying recording sessions have begun for the fourth song in the film which he has penned while also sharing a picture of himself with D40 music director Santhosh Narayanan on Twitter. Check it out below:

It all started right here. He is my everything n d happiness he adds 2 my life is unmeasurable

On to the special 4th song pic.twitter.com/GBh0zrlwJP

Being produced by S. Sashikanth’s Y Not Studios banner and featuring music by Santhosh Narayanan, D40 has been predominantly shot in the United Kingdom and various locations in and around Madurai. Expectations for the film are paramount as fans have been mighty excited after witnessing shooting spot stills of Dhanush sporting the popular Madurai keda moustache with comparisons instantly being drawn to his father-in-law, 'Superstar' Rajinikanth's look in the blockbuster, Petta.

D40 is a gangster action thriller and also includes actress Aishwarya Lekshmi playing the female lead with Sanchana Natarajan of NOTA and Game Over fame too revealed to be appearing as Dhanush's wife in what appears to be during a flashback portion in the film. Actor Joju George, who recently won the National Film Award – Special Mention for his performance in the Malayalam film, Joseph, will be seen along with Madras and Thaanaa Serndha Koottam star Kalaiyarasan, in major supporting roles.