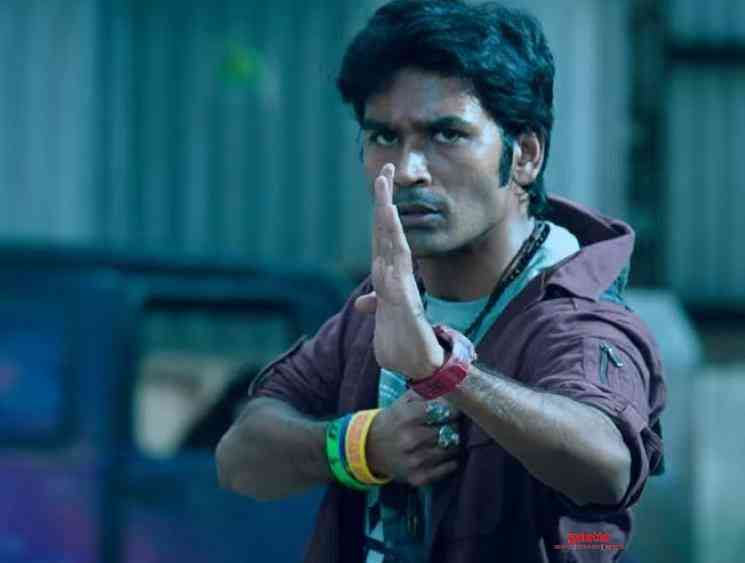 Dhanush’s Pattas which is in the final stages of post-production is gearing up to hit the screens on January 16 as a Pongal festive treat. The film features Dhanush in dual roles, as a father and son. While Sneha pairs the father Dhanush, Mehreen Pirzada will be seen as the love interest of the younger Dhanush. The film has music by Vivek - Mervin, the successful duo who have given songs like ‘Guleba’ (Gulaebaghavali), ‘Nenjukulla Nee’ (Vadacurry). The songs of the film have turned out to be big hits with especially 'Chill Bro', 'Morattu Thamizhan', 'Mavane', and 'Jigidi Killadi' becoming chartbusters. The makers have now released the most anticipated trailer of the film and it has got all the  potential elements to impress the fans.

The trailer is cut in an interesting and engaging fashion and the premise creates curiosity. The trailer is packed with some electrifying mass moments and it looks like the film will have some powerful dialogues. Editor Ruben who is known for his teaser and trailer cuts, makes no mistake with this as well. Dhanush, as always, keeps the audience engaged throughout the trailer and there can be no worries about his performance in the film. Produced by Sathya Jyothi Films, Pattas is directed by R.S.Durai Senthilkumar of Ethir Neechal and Kodi fame. The film's cinematography is handled by Om Prakash and the editing is taken care of by Prakash Mabbu. The trailer has been released on the official YouTube channel of Sun TV who owns the film’s satellite rights. Catch the action packed trailer of Dhanush’s Pattas here: