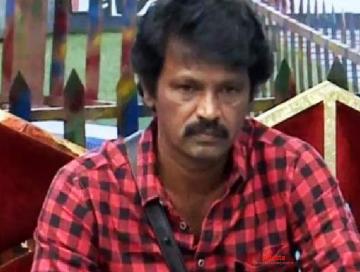 The third season of the television reality show Bigg Boss crossed its 90th day on Saturday and the show was left with seven contestants fighting it out for the grand title. This past week was an eventful one as the contestants played nine different tasks for bagging the Golden Ticket, which would take the winner directly to the grand finale. Mugen Rao, who has been doing a phenomenal job, topped the leader board and won the crucial Golden Ticket to the finale. Kamal Haasan himself went inside the house and handed over the Golden Ticket to Mugen on Saturday. As the show reached another Sunday, one more contestant is set to be evicted as usual.

Cheran, Kavin, Sherin, and Losliya are the four people who got nominated for this week's eviction. As we reported earlier, Cheran secured the least number of votes and got evicted from the Bigg Boss house. There was a twist when among the nominated contestants, Kavin was saved and both Losliya and Cheran were asked to say their goodbyes to the remaining contestants and come to the game room. Losliya had earlier spoken to Bigg Boss and asked to be evicted, as she could not handle the pressure any more. However, Bigg Boss consoled her and asked her to continue playing. Similarly, when Cheran's name was chosen to be evicted, Losliya again asked Kamal Haasan, if she could instead be evicted instead of Cheran.

However, Kamal told that it is not possible to change the people's choice and asked her to continue competing fiercely. Cheran took the elimination in his stride and added that he was actually expecting it and also expressed that what he wanted to achieve has been done and that he was prepared to leave. Cheran had words of wisdom for all the remaining contestants before leaving the show. The remaining participants also gave a tearful and hearty farewell to their 'Chairman' - Cheran!

People looking for online information on ,Cheran,Kalairavi,Asaph will find this news story useful.