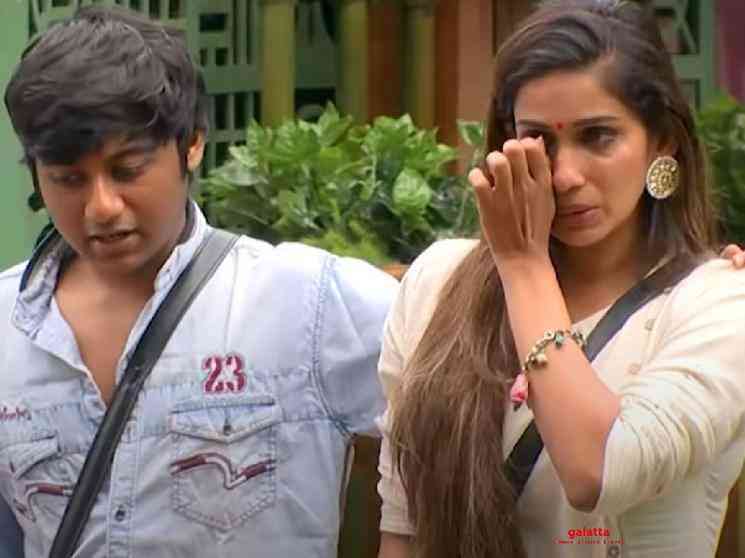 Last night's episode of Bigg Boss 4 Tamil was quite fun filled where we saw the housemates jam together as part of the Radio FM task. It was indeed great to see some lighter and funnier moments inside the house. However, in the Court Room task that's been happening over the last three days, there were a few problems, arguments and differences of opinion. One of the interrogation was between Samyuktha and Aari and the latter putforth his points in a bold manner. However, his way of approach and louder voice with a dominant attitude did not go well with Samyuktha who was at the receiving end.

The word 'Tharudhala' has been quite problematic for the past one week and it has played a key role in creating problems inside the house. Having said that, in today's (November 6) earlier released first promo, we saw the housemates picking Aari as one of the best performers of the courtroom task. In an unfortuante note, this has not gone well with Samyuktha who feels bad that the housemates are supporting him despite seeing his attitude while talking to her. The newly released second promo focusses on that aspect.

Samyuktha claims that Aari doesn't know how to talk to a woman and feels bad that he is being picked as a good performer by the housemates. She is seen shedding tears and venting out to Aajeedh and others. Things have also not been going good between Aari and Samyuktha ever since this week's beginning and it looks like tonight's episode is going to be an important one. What is going on inside Samyuktha is what we will be seeing in tonight's episode. Stay tuned. For now, check out the second promo here: