Attakathi Dinesh is a proven performer who was last seen in the acclaimed venture, Irandam Ulagaporin Kadaisi Gundu, directed by debutant Athiyan Athirai and produced by Pa Ranjith. He is awaiting the releases of his next two films, Pallu Padama Paathuka and Naanum Single Than. Both the films will be mainstream commercial films that will mainly cater to the youngsters. Meanwhile, we have now got an exclusive update on the talented actor’s new film.

Our close sources inform that Attakathi Dinesh will be teaming up with director Vikram Sugumaran of Madha Yaanai Koottam fame for a new film and this project is said to be bankrolled by popular cinematographer turned actor Aruldoss. Talking about Aruldoss, he has featured in supporting characters in numerous Tamil films including Naan Mahaan Alla, Thenmerku Paruvakaatru, Soodhu Kavvum, Papanasam, Dharmadurai, Velaikkaran, Kaala, Magamuni, and a few more. This untitled new project will mark his debut as a producer.

Director Vikram Sugumaran earned critical acclaim through Madha Yaanai Koottam and coming from the school of Balu Mahendra, he is known for delivering strong content in a raw and rustic manner. This new project definitely sounds exciting and let us wait for an official word from the team. For now, Vikram Sugumaran is filming his second directorial venture, Raavana Kottam with Shanthnu Bhagyaraj. 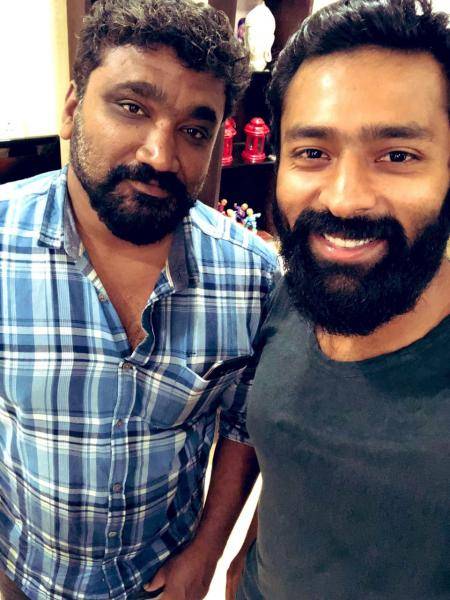