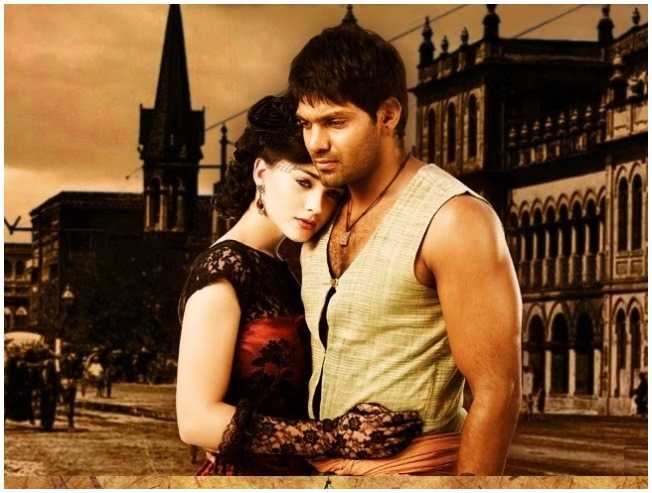 With its scenic nature and well-kept cities, Azerbaijan is one of those paradises where our songs are usually shot. If one says this Slavic country has a connection to Tamil cinema in any other way, it may not look plausible. But then, actor Arya, who is just coming off the newly-wed  glow, took to Twitter to share the happiness of witnessing one of his movies more memorable movies - Madarasapattinam - being played in a remote village in that country, complete with subtitles. "feels great to see your movie being watched in a village in Azerbaijan in the local language," tweeted Arya. He further said he relived Madrasapattinam over this pleasant incident and expressed his gratitude. He also wishes the director of the critically acclaimed movie, Vijay, whose birthday falls on the 18th of this month, in the tweet. 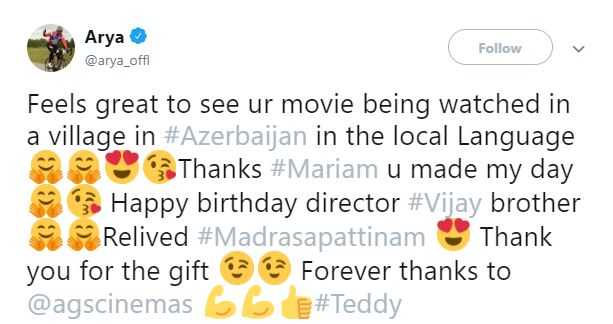 Arya's awaited crime thriller Magamuni, where he will be starring alongside Indhuja Ravichandran of Meyadha maan fame, and Mahima Nambiar, will release later this month. Then there is also Teddy, which is also special as it is the first project Arya and Sayyeshaa are doing after marriage. Teddy is thought be a children-oriented movie and will be directed by Shakti Sounder Rajan of Miruthan fame. 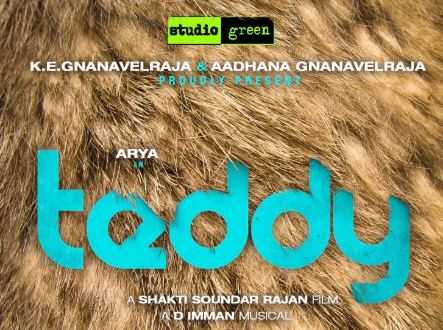