Kangana Ranaut gets into action mode, but even she can't battle a script that is just a bunch of cliches 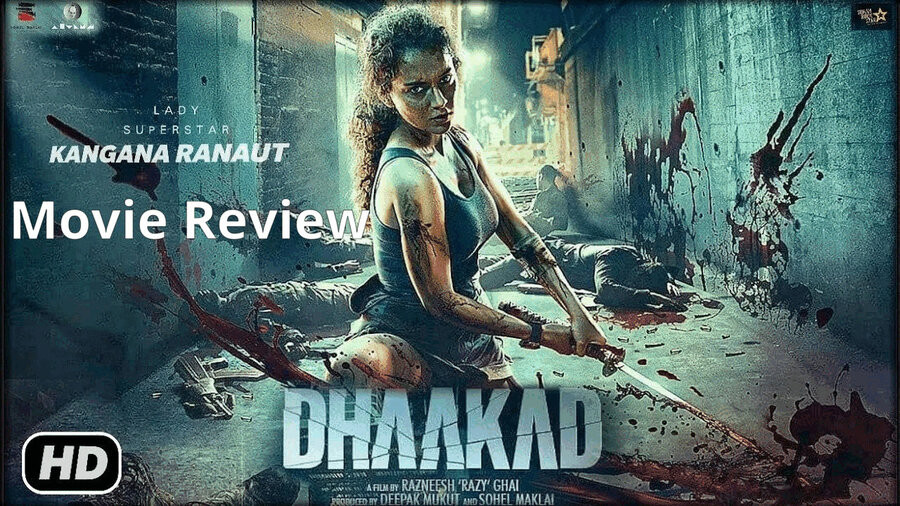 Razneesh 'Raz' Ghai's Dhaakad is the kind of action-thriller where someone in the back room tells the field operative something like this: Dragonfly, this is Ringmaster! It's the kind of movie where the protagonist suffers stabbings and ten thousand bullets and even being stabbed in the chest, only to survive each time. It's the kind of movie with latex masks and a variety of disguises. In short, it's the kind of movie usually made with a man – and at least in theory, and decades after Vijayashanthi, it's good to have a woman kicking some serious butt. The target is a human-trafficking ring, and the trigger is a lullaby that is often used to induce a sense of poignancy to the proceedings. It doesn't, which is the big problem. It comes across more like a cheesy jingle in the middle of a Schwarzenegger movie marathon on TV.

So what went wrong? The film, after all, looks spectacular. It has been shot and designed so beautifully that I wished I had watched it on a big screen. (I saw a screener.) The tattoos on the villains, the interchanging colour schemes of green and red and yellow during a big battle sequence, the campy costumes, the brilliantly choreographed action, the artful spurts of blood – everything has more personality than the script, which is just a bunch of cliches thrown together. We feel we have seen it all before, and the writers do nothing to tweak these cliches and take the narrative into really dangerous and nail-biting territory. Imagine a riff on Leon: The Professional, where a hitman takes in a little girl and she learns his trade. Why not try something like that, given that the film has Kangana Ranaut expressing reluctant motherly feelings for a little girl?

As Agent Agni, Kangana does her best with a character defined more physically, through action scenes, than psychologically. There's an amusing scene where she overpowers a street thief and pats him on the cheek, like a mother admonishing a badly behaved child. In a nightclub, she begins to make out with a stranger and then changes her mind, which suggests the character has issues with intimacy. There's another scene where she gets wounded, and as revenge, she stabs the bad guy a dozen times in a matter of microseconds, which is the closest we get to a real character trait. As a child, someone noted that Kangana had so much anger in her that she needed to be taught how to keep it in check. This almost makes her sound like one of those X-Men, and you wonder why this line didn't form the basis of her character throughout the film. Or perhaps even behind the scenes. Had she channelled all that anger at the writers, she (and we) might have ended up with a better script, a more effective movie.

The explosive TRAILER of Kangana Ranaut's DHAAKAD is here - you do not want to miss this!!

NEW action-packed teaser from KANGANA RANAUT's next - you must be crazy if you miss this!!