Rahul Riji Nair's cyber-thriller 'Keedam' has solid performances from Rajisha Vijayan and Sreenivasan, but the plotting never transcends the basics of the genre

Cast : Rajisha Vijayan, Sreenivasan, Vijay Babu,
Production : First Print Studios
Director : Rahul Riji Nair
Music Director : Sidhartha Pradeep
What the film does well is instill in us a deep fear of what hackers are capable of. But that cannot sustain a feature.

Rahul Riji Nair has had an interesting career. He started out with indie-ish films like Ottamuri Velicham and the superb Kalla Nottam, where the GoPro camera dictated our point of view. Then we got the broad, mainstream sports drama, Kho Kho, where Rajisha Vijayan played a physical education teacher in a school for the underprivileged. And now we have something even more mainstream, a cyber-thriller, again with Rajisha Vijayan. The premise of Keedam is that a professional hacker can do anything to you and screw up your life in ways you can't even imagine. But can hacking also be used for public good? Yes, there are privacy laws, but what if you believe deeply in the right to privacy but also know that the only way to stop criminals is by hacking into their phones?

This ethical dilemma rears its head in the opening portions and then disappears. Because Rahul doesn't want to mull over the implications of hacking. He wants to give us a straightforward thriller that uses cyber-crime as the USP. Rajisha plays the co-owner of a cyber-security startup. Her partner is played by the director himself. At first, she refuses to snoop around another woman's phone even when offered Rs 25 lakh, because "one's privacy is more valuable than that". But when she becomes the target of a bunch of rowdies, she slowly finds her principles slipping away. Rajisha and Sreenivasan, who plays her father, anchor the film with solid performances. These performances help, because the film is built on just the basics of the genre – and with no intricate plotting, these actors at least keep us grounded and rooting for them. For a thriller, we are hardly left biting our nails. 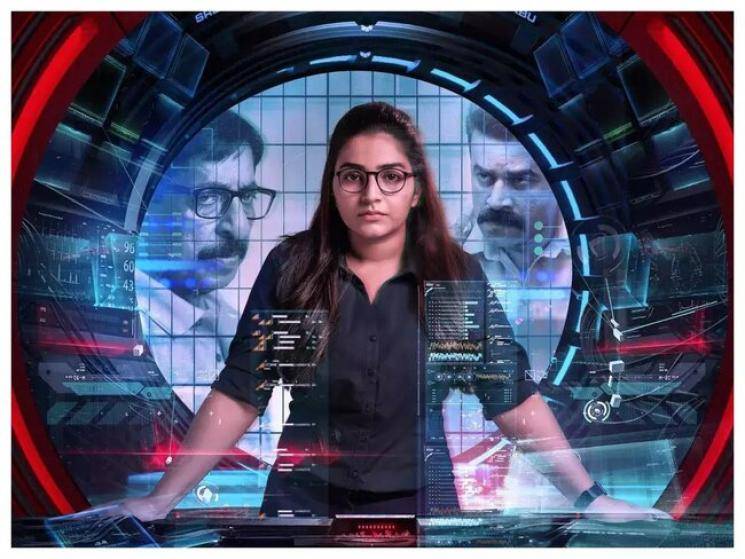 What Keedam does well is instill in us a deep fear of what hackers are capable of. As long as we have a phone, no one is safe. But that knowledge alone cannot sustain a feature film. Rahul throws in a lot of things. There's murder. There's gold-smuggling. There's sexual harasment. There are a bunch of cops. These don't come together smoothly. Kho Kho was a pretty generic story, too – but Rahul filled it with specific touches, like the heroine's marital status, or how she interacts with her father. Here, those touches are in short supply and we are left with a loosely structured thriller that does not exactly thrill, and a drama that is not exactly dramatic. The buildup to the climax seems really hurried, and the closing "twist" seems to hint that hackers can never be stopped. Like I said, that thought induces more sweat than anything in this movie.