Anvita Dutt's exquisite 'Qala', on Netflix, puts us into the state of mind of a disturbed playback singer 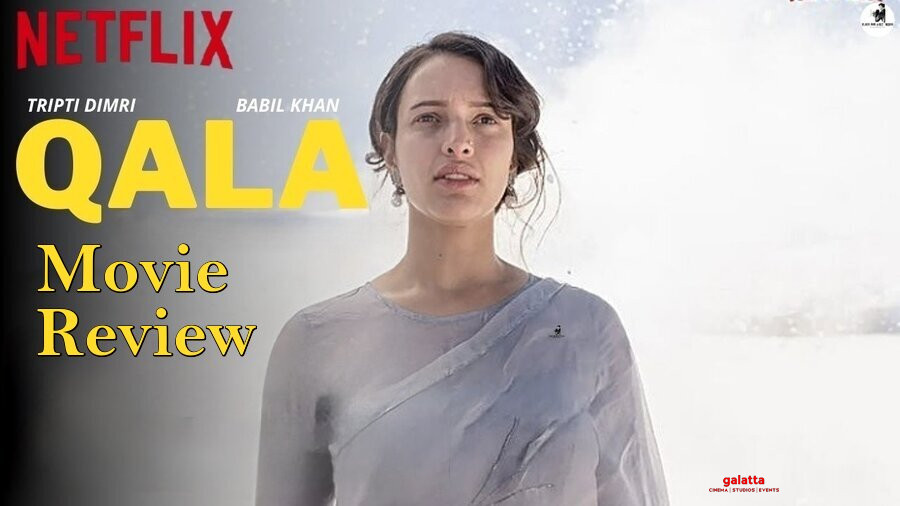 Anvita Dutt's films do have a story. They have characters and events. And yet, her films are less about "following a plot" than entering a state of mind, a series of spaces painted by her brilliant cinematographer Siddharth Diwan. Like Bulbbul, Qala feels as though we are taking a guided tour of the interiors of someone's head. Ingmar Bergman said that "ever since my childhood I have pictured the inside of the soul as a moist membrane in shades of red." It's something like that. Qala is the name of a famous playback singer, and we see her psyche through the swirls of colours over the opening credits. We see it in the textures of her clothes, in their unvivid shades. We see it in the sets and in the shadows of props and the lanterns on boats and the statues of gargoyles. We see it in a surreal spotlight from the sky. We see it in the snow of Qala's home in Himachal and in the fringe of her hairstyle, which is often tightly bound. Rarely is her hair let loose.

As played by Triptii Dimri, Qala – similarly – is a tightly wound character. With all her success, you'd think she'd be a looser person, a blithe spirit swanning through the Hindi film industry of the 1940s. Or maybe it's the 1950s. It doesn't matter – just like the British Raj period setting did not really matter in Bulbbul. Despite these carefully recreated eras, Anvita evokes an exquisite sense of timelessness that makes these films feel like Gothic dreams. There are big scenes that function as a narrative through-line – they help us hold on to a semblance of a "plot". And yet, there are gaps – and the back-and-forth of time, the segues between the past and the present, are so fluid that it takes a second or two to realise where we are. It's like how we remember dreams.

The story could be seen as both "feminist" and merely "female-centric". Qala rebels when someone calls her secretary a "female secretary". She asks if the gender indicator is really necessary. During a press conference filled with male journalists, Qala singles out a female photographer hiding in the back and gives her precedence. In another scene, Qala asks for pay parity with a male singer. And yet, these feminist shows of strength are constantly undermined. Qala comes from a musical family, and her mother – superbly played by Swastika Mukherjee, whose face is weighted with sorrow – tells her that she can be a singer, too, but she will have to work harder. The point, she says, is to have a "Pandit" before your name, not a "Bai" after – like a courtesan.

Now, this mother – she's a real piece of work, a classic Gothic character. She's like Mrs. Danvers in Rebecca, protecting the memory of a dead person and actively sabotaging Qala's efforts to take the place of that dead person in her heart. Even her smiles are tinged with pain, with memories of her big loss. And that results in an enormous yearning in Qala. She wants her mother's love, and she also wants her mother's acknowledgement that she is a good singer. Anvita and Triptii (who is magnificent) shape Qala with this yearning. At the press conference, Qala is asked how she feels after winning a big award. She says, with a slight smile, "Aisa lagta hai ki thak ke ghar pahunchi hoon aur maa ne darwaza khola hai." What a line. It shows her tiredness, her longing for "home", her yearning for her mother's open arms.

Behind her smiles, Triptii suggests a constant tremulousness, tentativeness, the sense that her psyche is constantly walking a wobbly tightrope. Look at the scene where Qala finally confronts her mother. She pours out her emotions, but without raising her voice. It could be the mildest cinematic confrontation ever. And you see why we are hardly shown scenes of Qala's success – she just does not have confidence, and she's always feeling second-best. There are some lovely scenes - including a few with a superbly watchful and empathetic Varun Grover, as a lyricist named Majrooh (as in… Sultanpuri?) - where we see Qala in her element, in her world. But the lines in the song Rubaaiyaan say this: "Gumnaam andheron ke saaye / Aawaaz ke raaz chhupaaye…" The person with the famous voice exists in a shadow world. The story behind the recording of Qala's first film song says a lot.

Amit Trivedi's music is wonderful. The voices are not super-polished like we usually hear in films, and every time we hear a song, it sounds like a rehearsal we are being privy to. There's the sense of an unfinished quality here, too – like Qala. Why is Qala's mother this way? I am not going to explain this further – but it's because Qala, in a way, "ate up" her son. And we realise this is as much a horror story as Bulbbul. Only, the horror is entirely psychological. And Qala pays for her deed by being upstaged by another "son" who becomes her mother's protégé. This character, named jagan, is beautifully played by Babil Khan, and he is introduced after Qala has rendered a thumri in front of a distinguished audience. He is an orphan brought up in a gurdwara and he breaks into a Shabad Gurbani kirtan that pierces everyone's heart with its raw emotion. It overshadows Qala's technical virtuosity – and another layer of doubt is added to the character. Will Qala ever be able to sing like that?

Anvita appears to love birds. There was bulbbul. Here, Qala is equated to a koel. A song comes with a line: "Ud jayega hans akela". And based on her two films, she either makes her heroine fly or clips her wings. And what I love most about her work is her insistence that women are not born evil. They do bad things because people, in turn, do bad things to them. And that is why Qala remains a sympathetic character throughout. Even the mother isn't someone you hate. Recall the scene with the cradle and you know what's made her that way. The men, on the other hand, aren't explained so well – they come across as genuinely bad or just plain insensitive people. For instance, for all his artistic sensitivity, couldn't Jagan see how much Qala wanted to be a singer? But then, if he had, Qala would have been sorted, and we would never have gotten this gorgeous dreamscape of a movie.