Ranbir Kapoor to be seen in Sandeep Vanga Reddy's next titled Devil! 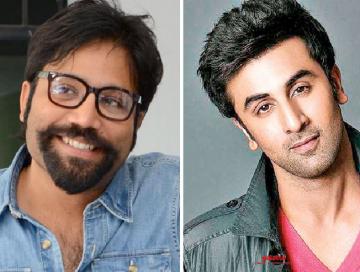 Ranbir Kapoor is known for his choice of good subjects when it comes to films. Over the years, the Ae Dil Hai Mushkil actor has showed off his acting prowess by acting in award-winning films. He is also one actor who has never shied away from taking up subjects that other mainstream actors say no to. Now, according to reports, Ranbir is all set to do his next with Kabir Singh director Sandeep Reddy Vanga! And the latest that is being heard is that the film is titled Devil.

Many reports state that the role was first offered to Mahesh Babu but he refused it as he thought the story was too dark for his taste. It was then that the director reportedly offered the role to Kapoor, who absolutely loved the character. Some reports also state that Devil is the darkest script Ranbir has picked up till date. It must be noted that Sandeep’s last film, Kabir Singh, was met with a lot of criticism and thus there will be a lot of hopes on his next one!

Meanwhile, Ranbir is also going to be seen in Ayan Mukerji’s superhero film Brahmastra, which is slated to release in 2020. He will be seen alongside Alia Bhatt in this one.