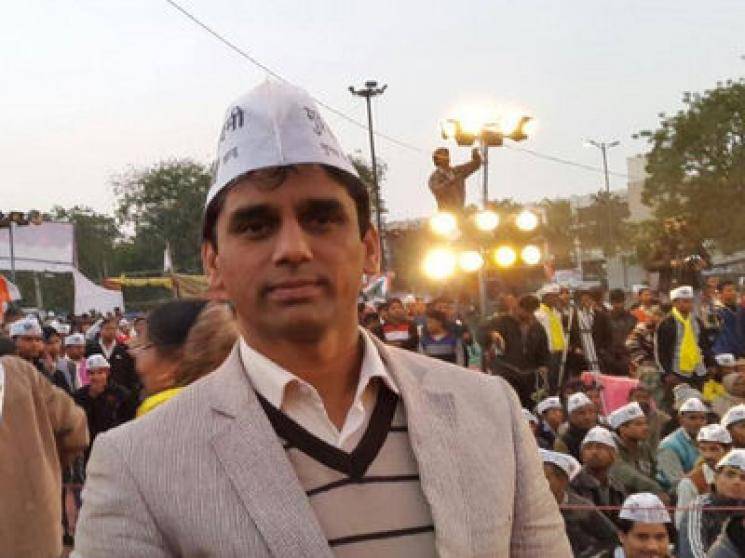 Delhi: In what appears to be the fourth case of gun brandishing in a public place to happen within a month in the national capital, a man shot at the convoy of winning AAP candidate Naresh Yadav, killing a party worker who was standing near the leader. The Delhi police later stated that the assaulter, who was detained, had in fact aimed at the dead party worker.

According to sources, Naresh Yadav, who had won from the Mehrauli constituency, was celebrating on Tuesday night when the incident happened. The convoy had reached Aruna Asaf Ali raod when the gunshots were heard. Reportedly, seven rounds were shot at the convoy. Party worker Ashok Mann died on the spot and another worker was admitted to a hospital with injuries. The convoy, which was returning from a temple, was near the Fortis Hospital when the incident happened.

Shots fired at AAP MLA@MLA_NareshYadav
and the volunteers accompanying him while they were on way back from temple.

At least one volunteer has passed away due to bullet wounds. Another is injured.

Naresh Yadav, who spoke to the media, called the incident unfortunate and stated that he had no idea who was behind the attack. "The vehicle I was in was attacked. I am sure if police inquire properly they will be able to identify the assailant," Naresh Yadav told ANI.

Delhi Southwest Additional DCP Ingit Pratap Singh, who was heading the inquiries, said that the attack may not be in connection with the election. The attacker had in fact aimed at the man who died. While the police say it was a case of personal vengeance, it is unclear how the dead AAP worker and his assailant were connected. Inquiries were on.