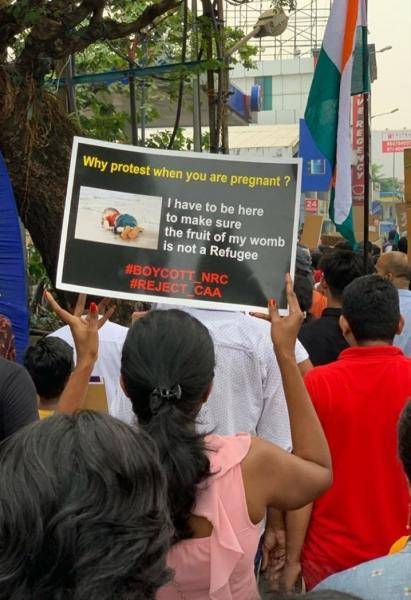 Delhi: A woman lawyer and her room mate, who had shouted "we CAA" when Amit Shah was recently doing his door-to-door campaign in Delhi’s Lajpat Nagar 2 area. The women reportedly had hung an anti-CAA banner on their balcony and the duo, upon knowing that Amit Shah was campaigning in the locality, shouted the slogan when the home minister walked into their view.

A Resident of Lajpat Nagar 2 shouted 'We reject CAA" while union home minister #AmitShah was taking out a door to door campaign to spread awareness about #CAA2019 in the area today evening. pic.twitter.com/7aFb4KIYOI

What they did not expect was a mob made of nearly 150 men coming against them, even as their landlord joined the mob. Reportedly, the mob formed the minute the women shouted the slogan. They yelled "Bharat matha ki jai" in response and turned violent, hurling abuses and tearing down the banner on their balcony. Later the mob ran upstairs with the landlord's knowledge and the women barricaded themselves in the face of threats and repeated pounding.

They had to barricade themselves in for over seven hours as the relatives and friends they had called for help had to reason it with the mob. The police allegedly did not try to hasten the talks and even stood by as the relatives of the women were pushed around by the mob. However, the woman has no regrets over the incident, reports the News Minute.

While they would be vacating the house in Lajpat Nagar with immediate effect, the lady stated that she would not have been able to live with her conscience if she had not used the only opportunity she got, to make her voice heard to Amit Shah.