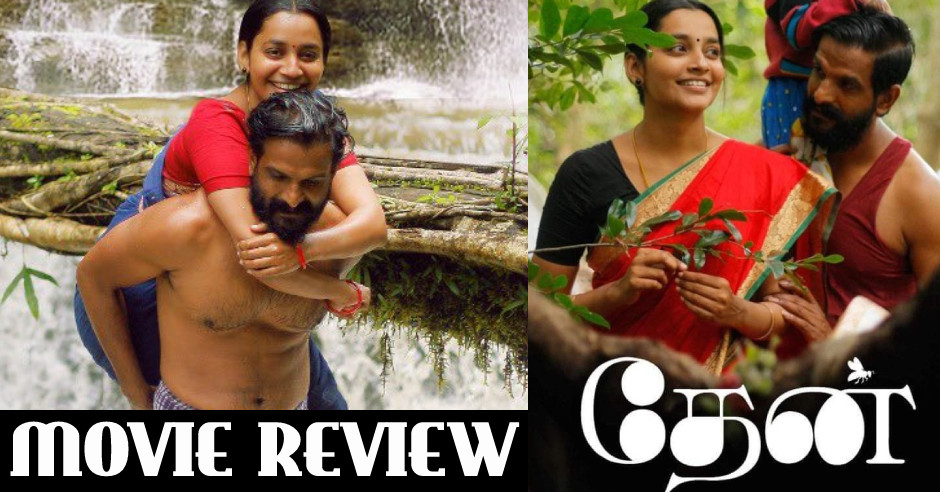 What happens when a certain section of people in the state are not able to get their basic medical facilities and how would it impact their lives? This is the core idea and premise of director Ganesh Vinayakan's Thaen that has released in theatres today. After going a full round in the International Film Festival circuits, Thaen is now out in theatres for the mainstream audience to watch.

Velu (Tharun Kumar) is leading a sweet and happy life with his lovable wife, Poongodi (Abarnathi), and a young daughter in the hills of a remote village. Things go well until one day when Poongodi falls severely ill and gets diagnosed with a rare disease. However, Velu is unable to provide medical services to Poongodi as the Doctors deny treating her without proper Government proof IDs. Velu and Poongodi are uneducated and they live in a remote village, and they do not possess any Government IDs such as Aadhaar card or anything. In the meantime, Poongodi's health deteriorates and Velu is made to run to several places pleading for help. What did Velu do to prove his citizenshif and did he manage to save the life of his wife, forms the remaining part of the story.

First things first, the lead actors - Tharun Kumar and Abarnathi have lived in their respective roles and both of them deliver highly impactful performances. It is their performances that keep you invested in the film. Tharun showcases his innocence and vulnerability through his eyes and body language. Abarnathi also delivers impressive performance and this doesn't seem to appear like her debut release. The young girl who played the couple's daughter garners attention with her performance in the final act. Bava Lakshmanan leaves an impact with his strong dialogues and also by taking a dig at the Government and our political system. Unfortunately, a few other characters don't get a fine closure.

The film is directed by Ganesh Vinayakan who is known for making mainstream masala entertainers like Thagararu and Veera Sivaji. Thaen is a major genre shift from Ganesh and he delivers a very soulful film that touches your heart deeply. Ganesh Vinayakan understands that the main USP of his film is human emotion and he plays with it nicely. Through Thaen, Ganesh Vinayakan has shown his diversity as a filmmaker and it is impressive. He raises some important questions that must have popped up in our minds at least once.

The other highlight of the film is its visuals, shot by cinematographer M Sukumar. The ace lensman captures the scenic beauty of the hills and the emotions of the characters neatly and his work elevates the overall visual quality of the film. Sanath Bharadwaj's background music lends good support.

On the flip side, the film does have a few issues that play minor spoilsport. The dubbing is not consistent in the film and because of this, you tend to feel a disconnect. The film becomes melodramatic at places. If you could let go off these issues and watch the film for its strong content, then your time investment will not be wasted.

Concluding all the points, Thaen will leave you with a heavy heart when you leave the cinema hall as the emotions hit you hard.

Verdict: Thaen is a small film with a big heart - go for it!