One of the most expected movies of this year - Bigil, has been making all the right noises from the time it was announced to now, even 5 days after release! This movie, bankrolled by AGS Entertainment, is directed by Atlee and stars Thalapathy Vijay in dual roles. The movie has been getting very good reviews and the collections are creating records across the world. Many people from different language industries in the country too have become fans of this movie. The latest celebrity to have been enthralled by Bigil and Thalapathy's performance is a top Bollywood personality, who is all praises for Vijay and Atlee!

Yes! It is none other than leading Bollywood producer and director Karan Johar, who has posted a tweet full of praises, after watching Bigil. He has high words of praise for not only the movie but also Vijay's performance and Atlee's directorial prowess. If these words are any indication, there is a high possibility that Karan Johar might obtain the Hindi remake rights for Bigil and have the movie done there. There have been a lot of speculations about Atlee directing Shah Rukh Khan in a movie and if this collaboration is to happen with Karan Johar's Dharma Productions bankrolling the project, it could very well be the Hindi remake of Bigil.

Meanwhile, Bigil's collections have crossed a whopping Rs. 150 Crores and it is still going strong at the theatres and is all set to collect lots more and create bigger records. AR Rahman has scored the music for this movie, which has cinematography by GK Vishnu and editing by Ruben. The stellar cast of Bigil includes Nayanthara, Jackie Shroff, Yogi Babu, Vivekh, Anandaraj, Indhuja, Amritha Aiyer, Reba Monica John, Varsha Bollamma and a number of others. 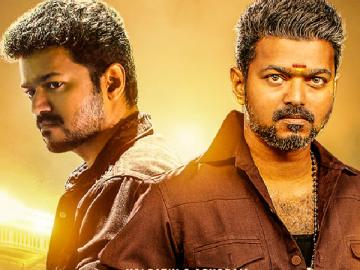 What an absolute festive joy #BIGIL is!!A roller coaster of emotions, triumph and an unparalleled adrenalin rush! #ThalapathyVijay is in top form and makes you want to whistle along! He is BRILLIANT! @Atlee_dir goes on to prove he is the master of This game!! SUPERSTAR DIRECTOR