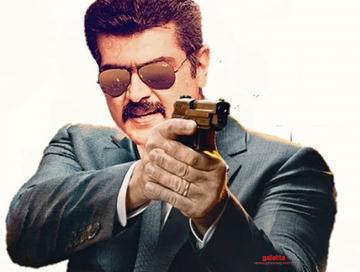 2019 has been a fantastic year for Thala Ajith with both his releases turning out to be big hits. Viswasam, directed by Siva, is considered to be the biggest blockbuster of this year and we saw hundreds and thousands of people, especially the family audience, thronging to the theatres. Nerkonda Paarvai was his next release and that film was critically acclaimed and got good support from the audience, especially the youngsters. The film carried a very important message that talked about the importance of respecting women's privacy and rights.

He is gearing up to start shooting for his next, Valimai, which will be his 60th outing. Directed by H Vinoth and produced by Boney Kapoor, this film will have music by Yuvan Shankar Raja. Meanwhile, rumours were afloat on social media that Ajith will be teaming up with director A.R.Murugadoss for Thala 61. It became a hot topic in K-town and fans started to speculate the rumour.

However, when we checked with our reliable close sources, they vehemently denied this news and said that there were no such developments. For now, the director for Thala 61 has not yet been finalized and things will fall in place only towards the finish line of Valimai. On the other hand, director Murugadoss is busy with the post production works of his current film, Darbar with Superstar Rajinikanth.