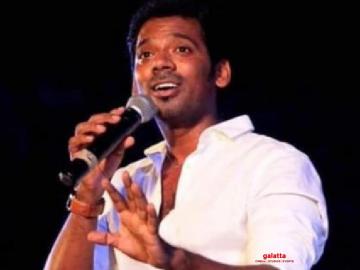 Mano is popular among the small screen audiences after his participation in the famous reality dance show Maanaada Mayilaada. He is also known for his mimicry skills. Mano played one of the leads in the movie Puzhal, which released in 2010. It has come to light through PRO John that Mano lost his life on the spot after he and his wife met with an accident while travelling by their car, on October 27th (Deepavali day)! The couple were said to be travelling near Avadi when the car lost control and rammed into a media, killing Mano on the spot.

Mano's wife has been admitted to the Ramachandra Hospital in Porur and is currently undergoing treatment at the Intensive Care Unit. The couple are parents to a seven-year-old girl child. This sad incident has left many industry members in shock as Mano's untimely death was totally unexpected. He had earlier performed mimicry on several stages at different events and is renowned for it.

Puzhal, which released in 2010 was based on three convicts who meet inside a prison, form an unlikely friendship and what they plan to do after their release. This movie, directed by Azhagu, also starred Hemachandran, Archana, Murali, Aswatha, Manobala, Kadhal Dhandapani, Ponnambalam and Kadhal Sugumar. We pray for Mano's soul to rest in peace and hope that his wife recovers to normal health, soon.

People looking for online information on Hemachandran,Jagdeep will find this news story useful.