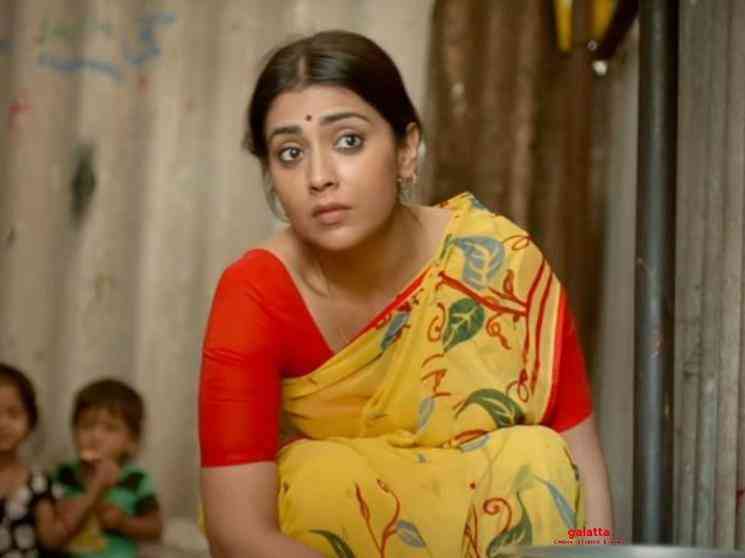 South Indian sensation Shriya Saran has garnered an immense following in her nearly two decade career having worked alongside several top stars in Tamil cinema among whom include 'Superstar' Rajinikanth in Sivaji and 'Thalapathy' Vijay in Azhagiya Tamil Magan. The actress was last seen in a major role in the 2018 film, Veera Bhoga Vasantha Rayalu, while also making special appearances in N.T.R: Kathanayakudu in 2019 and Sab Kushal Mangal earlier this year. Furthermore, Shriya was announced to be a part of a multi-lingual film titled Gamanam, which will be getting a pan-Indian release. Directed by Sujana Rao, the film's first look poster was released in September to a largely positive response from fans.

Gamanam's trailer gives us a major hint that the rains and the subsequent flooding of the city will play a big role in the intertwining of the stories of several people. The upcoming film includes Gnana Shekar V. S for the cinematography, with editing done by Ramakrishna Arram and Aishwarya Rajeev for the costume design. Shriya’s fans will be mighty excited to see her once again and witness her charm in a full-out performance-oriented role considering it also marks her comeback as Tamil cinema fans had last caught her in action in the Silambarasan TR starrer, Anbanavan Asaradhavan Adangadhavan, in 2017. Although she also has the Karthick Naren multi-starrer Naragasooran and Prakash Raj's Hindi directorial Tadka in the waiting, Gamanam will serve as a treat for the actress' fans, who have been waiting for a long time to see her once again.

Watch the Gamanam Tamil trailer below: